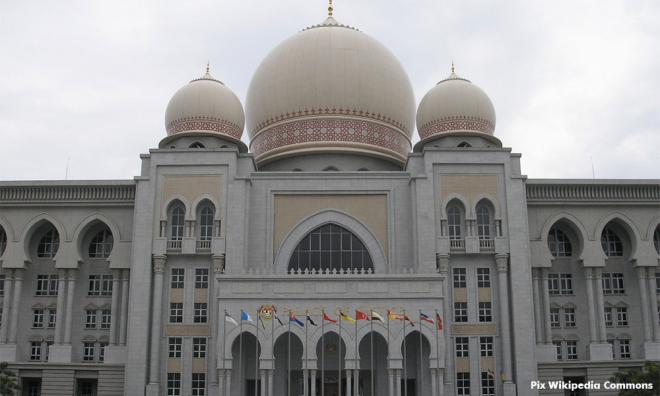 'Trial in any court is not allowed to be broadcast live'

Trials in any court are not allowed to be broadcast live, said the corporate communication unit of the Chief Registrar's Office of the Federal Court.

"Trials in any court were not allowed to be broadcast live through any media or be allowed to be recorded," it said in a statement released today.

It was reported that an online petition by Malaysians has called for former prime minister Najib Abdul Razak's trial involving SRC International Sdn Bhd funds, to be broadcast live.

Najib was also quoted as saying that he supported a live broadcast of his trial.

On Sunday, Deputy Prime Minister Dr Wan Azizah Wan Ismail has said that the government would leave it to the courts to decide on allowing a live telecast of Najib's trial.

She, however, said she understood the eagerness of the people wanting to see the trial of the former prime minister, but cautioned that it should not be turned into a circus.

The 66-year old Pekan MP is facing three counts of criminal breach of trust and one charge of abusing his position over SRC International funds amounting to RM42 million.

He was also charged with three counts of money laundering involving the same amount of money.

His trial has been fixed on Wednesday at the High Court in Kuala Lumpur before Justice Mohd Nazlan Mohd Ghazali.