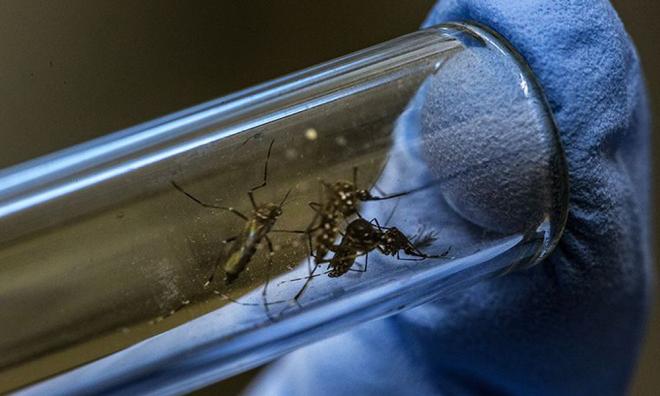 Bacteria-infected mosquitoes to be released to contain dengue

The government will be launching an operation to release mosquitoes infected with Wolbachia bacteria in 10 localities in July to boost control of dengue, says Deputy Prime Minister Dr Wan Azizah Wan Ismail.

She said the move was decided following the success of the pioneer programme in five localities conducted since 2017 in which nearly four million Wolbachia-infected Aedes mosquitoes were released.

“Wolbachia-infected mosquito is an innovation to tackle the rising dengue cases by injecting Wolbachia bacteria into Aedes Aegypti mosquito eggs.

She added, with the technique, the committee is targeting a reduction of between 60 to 70 percent of dengue cases in the released locality and thus reducing the mortality rate for dengue.

Wan Azizah said the committee meeting also agreed to study the use of artificial intelligence to predict dengue outbreak localities.

“Artificial Intelligence is important to analyse variables such as wind speed, humidity, rain distribution and so on.

“The time has come for us to forecast the spread of dengue rather than reacting to control the outbreak,” she said.

In this regard, Wan Azizah said according to Health Ministry data, 36,285 dengue cases were reported from January to March compared to 14,734 cases for the same period in 2018.

For dengue fatalities, 59 deaths were reported nationwide from January to March this year compared to 32 deaths for the same period in 2018, which is a rise of 84.4 percent or 27 more deaths, she said.