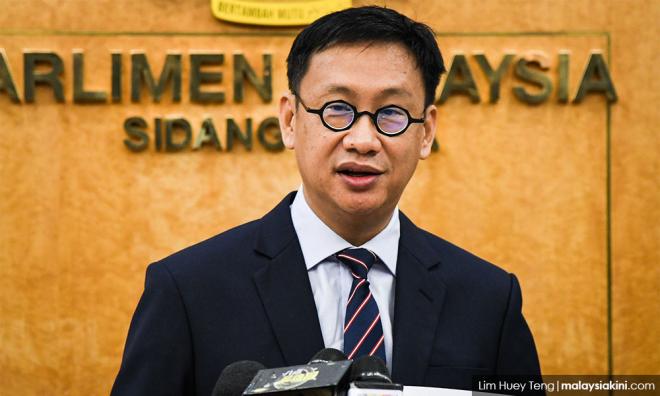 Wong, who also sits on the PAC, said Nurul had done the right thing by stepping down after criticising the government's move to keep Beluran MP Ronald Kiandee as chairperson, despite his defection from Umno to Bersatu.

"On this positive development, credit must go to Nurul for taking her principled stand by resigning from the PAC two weeks ago.

"She took a lot of criticism for this, but it was the right thing to do," Wong said in a statement this morning.

"I don't think Nurul will be returning to the PAC, but her uncompromising stance on the PAC may have woken up Pakatan Harapan from a deep slumber.

"This is a small but positive win for parliamentary reforms," he added.

Nurul's shock resignation came amid a divide within Harapan over the PAC leadership, as the coalition had pledged in its manifesto to have the committee headed by an opposition lawmaker.

At the time, Mahathir had said that Kiandee need not resign from his post despite joining Bersatu, which sparked outcry on both sides of the political divide.

Commenting further, Wong said the motion to replace the PAC chair will enable Harapan to regain some credibility, in terms of the committee remaining independent.

"More importantly, this change of heart could signal the start of the much-delayed reforms as contained in the Harapan manifesto," he added.

The motion appears as item number nine on the Order Paper of today's Dewan Rakyat sitting.

According to the Order Paper, the motion will be tabled by Mahathir.