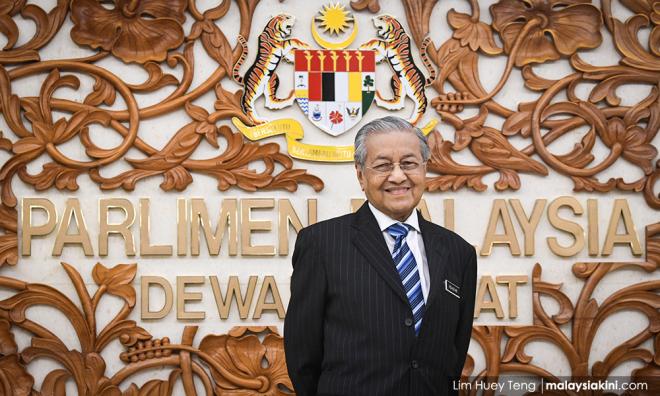 PARLIAMENT | Prime Minister Dr Mahathir Mohamad said today that the country is in a healthier financial state with the national debt reducing as a result of GDP growth.

"When the GDP grows larger, the percentage of debts will reduce. This is a fact," he told the Dewan Rakyat during Minister's Question Time.

"Secondly, when we resolved several debts, our national debt reduced.

"We are now close to a level where it will not affect our efforts to administer and develop the country."

The prime minister was responding to Ahmad Maslan (BN-Pontian), who asked about the status of the national debt.

In particular, Ahmad pointed to the disparity between the RM1 trillion figure trotted out by the Pakatan Harapan administration soon after assuming federal power, and the RM686 billion figure stated in several reports by the government.

This includes, he said, the Economic Report and mid-term review of the 11th Malaysian Plan, as well as Finance Minister Lim Guan Eng telling the Dewan that the country's debt stood at RM773.1 billion this year, an increase of RM87 billion from 2017.

In June 2018, Mahathir said he planned to bring down the country's debt to RM880 billion through various approaches.

drmahathirmohamad
parliament
gdp
nationaldebt
economy
Related Reports
Supplementary Bill: Umno leaders say high time gov’t quit BN 'blame game'
a year ago
Guan Eng: More funds needed to plug Budget 2018 shortfall
a year ago
Economy may be slowing, but a recession is not on the horizon
2 years ago
Be patient, give gov't time to restore economy - Anwar
2 years ago