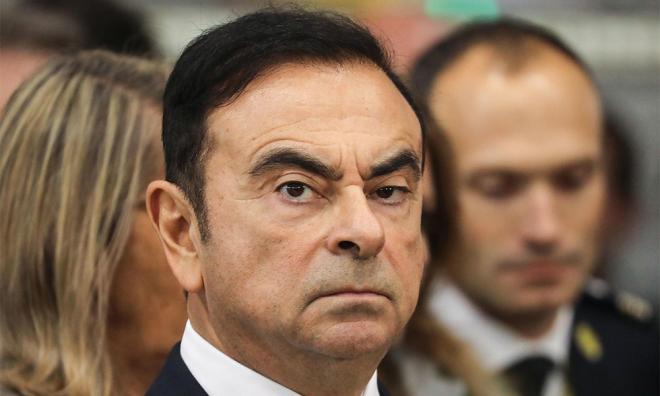 Japanese prosecutors arrested ousted Nissan boss Carlos Ghosn again on Thursday on suspicion of trying to enrich himself at the automaker’s expense, in a stunning twist that media reports linked to payments to an Omani dealer.

The arrest, which legal experts described as a highly unusual in Japan for someone who has already been released on bail, marks yet another dramatic moment in the once-feted executive’s fall from grace.

Tokyo prosecutors said Ghosn had caused Nissan Motor Co US$5 million in losses over a two-and-a-half-year period to July 2018, in breach of his legal duties to the company and with the goal of personal gain.

The Kyodo news agency reported that the losses involved the shifting of funds through a dealer in Oman to the account of a company Ghosn effectively owned. The agency did not cite any sources.”My arrest this morning is outrageous and arbitrary,” Ghosn said in a statement emailed by a US-based spokesperson.

“It is part of another attempt by some individuals at Nissan to silence me by misleading the prosecutors. Why arrest me except to try to break me? I will not be broken. I am innocent of the groundless charges and accusations against me.”

More than a dozen officials from the Tokyo prosecutor’s office visited his residence early on Thursday and asked him to submit to questioning, broadcaster NHK said. A silver van believed to be carrying Ghosn later left the residence, it said.

Footage of the vehicle leaving the residence showed its windows covered with curtains, making it impossible to see who was riding inside.

No one was immediately available for comment at the Tokyo prosecutors’ office. Nissan said it could not comment on judicial decisions.

The arrest comes a day after Ghosn pledged on Twitter to hold a news conference on April 11 to “tell the truth” about the allegations against him.

“After being wrongly imprisoned for 108 days, my biggest hope and wish today is for a fair trial,” Ghosn added in the emailed statement.

“I was scheduled to present my story in a press conference next week; by arresting me again, the prosecutors have denied me that opportunity, for now, but I am determined that the truth will come out. I am confident that if tried fairly, I will be vindicated.”

Ghosn was first arrested in Tokyo in November and faces charges of financial misconduct and aggravated breach of trust over allegedly failing to report around US$82 million in salary and temporarily transferring personal financial losses onto Nissan’s books during the financial crisis.

Released on US$9 million bail on March 6, the executive says he is the victim of a boardroom coup.

Under Japanese law, prosecutors will be able to hold him for up to 22 days without charge. The fresh arrest opens up the possibility that he will be interrogated again without his lawyer present, as is the norm in Japan.

Such procedures have focused much attention in the West on Japan’s judicial system – which critics sometimes refer to as “hostage justice”, for its more than 99 percent conviction rate.

“It’s uncommon for someone to be re-arrested a month after being granted bail. In most cases, re-arrest would occur immediately following bail,” said Nobuo Gohara, a lawyer who heads Gohara Compliance and Law Office, which is not involved in the Ghosn case.

“Multiple arrests suggest that the prosecutor may be concerned about their chances of winning a guilty verdict.”

Nissan late last year expanded its internal investigation into possible financial misconduct related to its business in the Middle East, India and elsewhere.

Sources told Reuters this week that French automaker and Nissan partner Renault SA had alerted French prosecutors after uncovering suspect payments to a Renault-Nissan business partner in Oman while Ghosn was chief executive.

Ghosn’s spokesman has previously said payments of US$32 million made over nine years were rewards for the Oman firm being a top Nissan dealer. Such dealer incentives were not directed by Ghosn and the funds were not used to pay any personal debt, the spokesman said.

Nissan had previously established its own regional subsidiary made questionable payments of more than US$30 million to the Oman distributor, Suhail Bahwan Automobiles (SBA).

Evidence sent to French prosecutors showed that much of the cash was subsequently channelled to a Lebanese company controlled by Ghosn associates, the sources said.

Reuters has not been able to reach SBA for comment on the matter.

The board of Renault moved to scrap Ghosn’s pension worth about €770,000 (US$865,000) annually, three sources with knowledge of the matter said on Wednesday.

Directors also recommended that shareholders block a further €224,000 in Ghosn’s variable pay for 2018, two sources told Reuters, following a meeting that also approved governance changes reducing the size of the board to 18 members from 20.