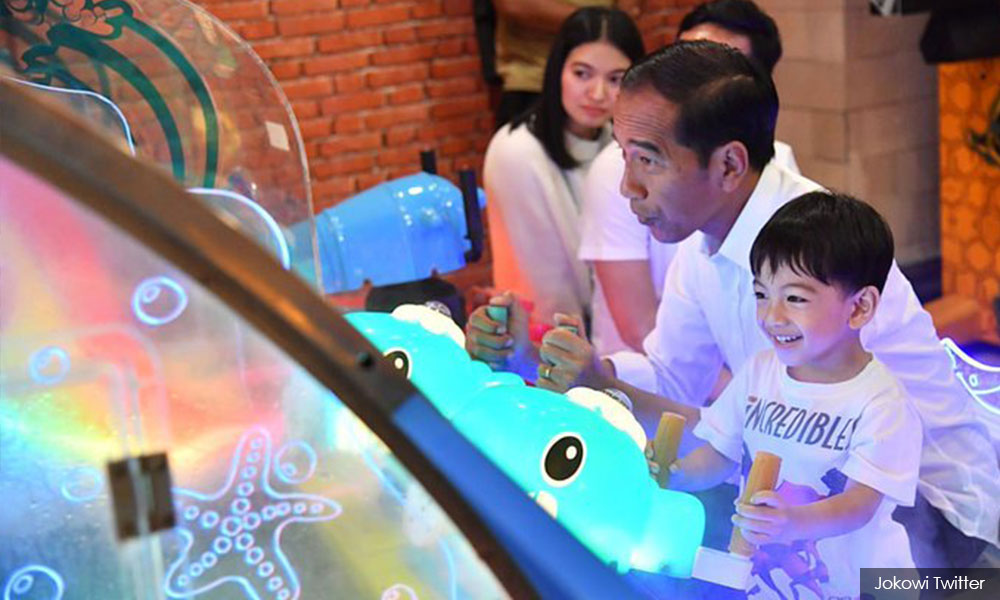 Holograms and breakdancing - a battle for Indonesia's youth vote

The video, which also shows Widodo dressed in a red zip-up jacket and jeans chatting about family life and the pressures of running the world's third-largest democracy, was the brainchild of a backroom team that has become a vital part of his campaign for re-election on April 17.

The team, comprised mainly of people in their 20s, has a sleek, high-rise office in central Jakarta. On a recent visit, Reuters saw the team's data of social media activity on the Indonesian presidential election displayed on LED screens covering one wall of a conference room.

Widodo's aides say the team uses the data to determine the pop-culture references that the president will make in his next speech - he's done Games of Thrones and the Avengers already - or the sneakers he might wear to an event to appeal to young voters.

Widodo's sons also sometimes advise him on outfits or speeches, according to one senior campaign aide.

Millennials - those aged 17-35 – account for over one third of Indonesia's 193 million voters and both Widodo and his challenger, former general Prabowo Subianto, have ramped up efforts to appeal to them.

"Just because of the sheer size of that voter base, the millennials will play an important role in deciding the direction of the election," said Djayadi Hanan of pollster Saiful Mujani Research & Consulting.

Most opinion polls show Widodo, 57, holding a double-digit lead over his opponent. A recent survey by pollster Roy Morgan showed around 60 percent of young voters favouring Widodo, but both campaigns say that wooing the country's largely apolitical youth is a challenge.

A former furniture-maker who grew up in a riverside slum and is the first national leader to come from outside the political and military elite, Widodo's everyman image resonated in 2014 with voters tired of the old guard.

But since taking office, aides say, young supporters "no longer recognised" the president and he was advised to project a more relaxed image.

"Because he has had to become more stately, that 'village boy' narrative was missing this time," said the senior campaign aide, who declined to be identified.

That's where the backroom team came in.

"We're able to see in real-time what does well or what people react negatively to ... We were very blunt in conveying that to the president," the aide said, adding that Widodo gets a summary of the social media data almost daily.

In March, the president posted an animated comic strip on social media that showed him meeting his younger self and discussing the achievements of his government.

Taking a page from Indian Prime Minister's Narendra Modi's playbook, Widodo has started using a holographic projection of himself to address voters at campaign rallies.

Analysts say Prabowo (photo) is less popular among young voters, in part because of a strongman image stemming from his time as special forces chief under authoritarian ruler Suharto. Aides have suggested softening the image of the 67-year-old, so he now wears a khaki shirt and aviator sunglasses at campaign rallies.

"It was rare to see his lighter side and sense of humour. We have tried to expose that side of him," said campaign spokesman Dahnil Anzar.

Prabowo's team has also posted a photograph of him with his cat, which was popular online. The cat now has its own Instagram account.

Prabowo's running mate, businessman and amateur marathon runner Sandiaga Uno, was chosen in part for his massive appeal both online and offline with young and female voters.

As the keynote speaker at a recent event for young entrepreneurs, Uno, 49, joined a group of breakdancers on stage before kicking footballs into a crowd of university students.

Unemployment, at about five percent, is one of the highest in Southeast Asia, and many of those without jobs are graduates of vocational schools.

In what was widely seen as an attempt to win votes, Widodo last month promised cash benefits to graduates from poor families and the unemployed, but did not offer details.

Critics questioned the feasibility of such a plan, citing an already strained national budget.

Prabowo and his running mate have promised "entrepreneurial training" for graduates.

"Our biggest concern is how to get a job after we graduate and who is the leader who can give us that," said Haliza Aulia Madina, a 19-year-old student studying Arabic in the city of Bandung, who supports Prabowo.