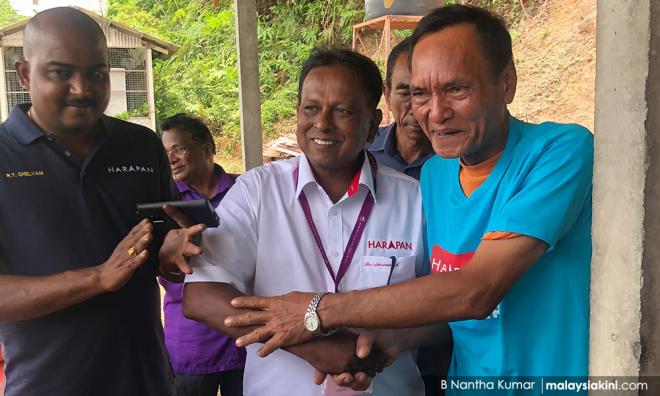 RANTAU POLLS | Pakatan Harapan's candidate for the Rantau by-election, Dr S Streram is optimistic that 70 percent of voters residing outside the state constituency will return to cast their ballots on April 13.

Streram said about 30 percent of the 20,926 voters eligible to vote in the by-election were living outside Rantau.

“We have a lot of strategies and there is a special force contacting and convincing these voters to return and vote.

“We started doing this two weeks ago, reminding them to carry out their responsibilities as voters,” he told reporters after a gotong-royong activity together with residents and occupants of Negeri Sembilan Prison in Kampung Siliau here today.

For the Rantau Legislative Assembly, 20,926 voters are eligible to vote in the by-election according to the 2018 master electoral roll which has been updated until Feb 25, 2019.

Meanwhile, Streram said there was a need to improve sports courts in Kampung Pasir Mas to facilitate young people to play basketball and netball.

“Here (in Rantau) there is no jogging and recreation areas for the people,” he said after a walkabout programme in Rantau Pekan.

The by-election was called after the Federal Court dismissed an appeal filed by Mohamad to set aside the Seremban Election Court decision on Nov 16 to declare his unopposed victory in the 14th General Election null and void.