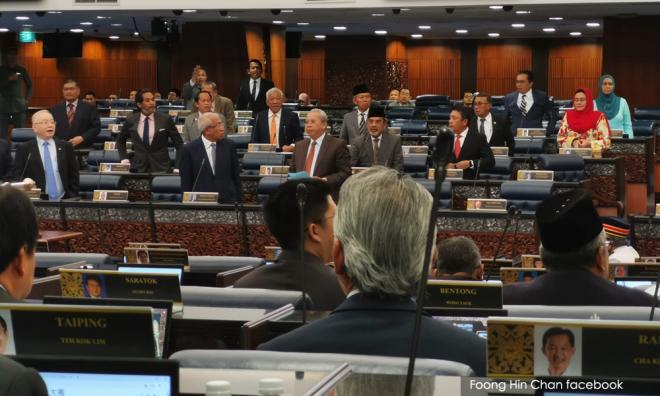 YOURSAY | ‘As long as Sabah and Sarawak are just one of 13 states, MA63 is grossly violated.’

The Wakandan: I do not think Sabah and Sarawak will agree to this amendment to the constitution. There is basically no change here; they are still one of the states in Malaysia.

I thought they wanted to be recognised as the different entity vis-à-vis Malaya. More specifically, they wanted to be known as the Borneo states on the one hand, and the other Malaya with its states. In other words, revert to the original agreement except minus Singapore.

Anyway, good luck with that, though you may be hard pressed to get an agreement from both Sabahans and Sarawakians.

Notanonymous: This constitutional amendment should pass without any issue. MPs from the East will support it and those from the West will not dare to reject it.

Overlord: Yes, there is no way this amendment is not passed. Unless those opposition parties in Sabah and Sarawak want to commit suicide.

Old Fella: If Sarawak governor Abdul Taib Mahmud wills it, Sarawak will support the amendment. After that, BN will crumble further.

The Analyser: @Old Fella, it won’t be BN that crumbles, it will be Sabah and Sarawak.

Hmmm: I agree with going through the bi-partisan committee and having a thorough review of the constitution in light of Malaysia Agreement 1963 (MA63).

Pakatan MPs in East Malaysia should vote against this amendment, which seems to be quite meaningless. For once, I agree with Kinabatangan MP Bung Moktar Radin.

Land Below The Wind: Sabahans have learned to love and hate Prime Minister Dr Mahathir Mohamad. Love him for bringing down the most corrupted BN government and hate him for manipulating Sabah’s political environment to his advantage.

Equally well founded, he knew gullible Sabahan politicians will fall for his dangling carrots of position and contracts to advance his Malaya dominance agenda.

The MA63 is a living, internationally agreed contract between the parties involved (Malaya, Sabah and Sarawak), so why deviate from it?

Sabahans view the series of amendments to the Federal Constitution to accommodate Sabah and Sarawak as a pure neo-colonial document.

If Mahathir is serious, which I doubt much, just revert in full the MA63 to its original form and in the true spirit of the agreement.

Do you want the amendment to say “The states of the Federation of Malaysia are (1) Malaya, (2) Sabah and (3) Sarawak”?

Only then would you see the original three entities coming together to form Malaysia?

Fairplayer: @Palmyra, as long as Sabah and Sarawak are just one of 13 states, MA63 is grossly violated.

We want our own independence restored and returned to us. Any problem, O conmen from Putrajaya?

Punchuk: I think it should be:

(b) Territories of Sabah and Sarawak

Why the half-hearted attempt?

Kookie: The second amendment is no different from the first and still renders Sabah and Sarawak to the equivalent of the states of Malaya.

This is nonsense and the truth of the matter is that Harapan does not want to give Sabah and Sarawak the same status as Malaya.

Lose this chance and you will have lost this forever. Both Sabah and Sarawak have the quorum to make up a two-thirds majority. Use that as your bargaining chip.

Drngsc: Hello opposition, if you do not wish to support the amendment, it is okay. Just don’t support it.

Allow the bill to be defeated, then face your people and explain why. That is all. No one insists that you must support it.

This is the first step. The people can see that you all are playing politics with their rights and they will know what to do in 2021 when Sarawak goes to the polls.

Coexist: The true colours of GPS and Bersatu, the party that voted for the 1976 amendment all along, have been outed.

Compliant all the time, and now that Harapan is trying to fix it, they don’t want it.

GPS and Bersatu have been duping Borneo forever. Fools kept voting for these politicians. They deserved them.

Watch Out: A good move by Mahathir. The amendment will be defeated.

He can then put the blame on Umno and tell the Sabahans and Sarawakians that he tried but the opposition are the ones who did not want to agree.

Only he can think of such a strategy.

yoursay
sabah
sarawak
ma63
constitutionalamendment
Related Reports
CMs have agreed with constitutional amendments, says law minister
a year ago
East M'sian opposition MPs demand withdrawal of Article 1(2) bill
a year ago
GPS yet to decide on backing restoration of Sabah, S'wak status
a year ago
MA63 review will put S'wak, Sabah on par with the peninsula
a year ago