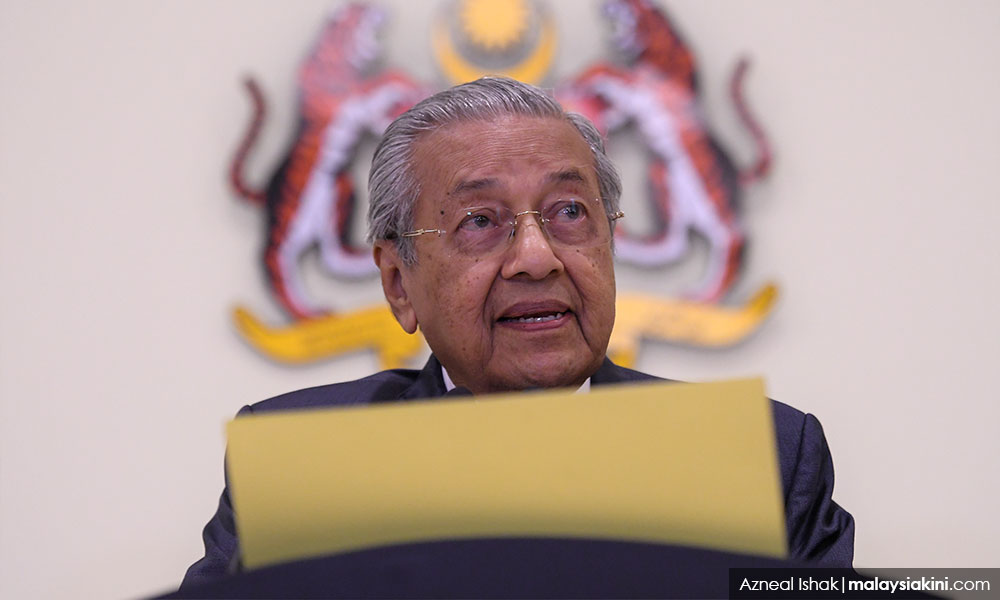 Harapan has reduced corruption by about 90pct - Dr M

The Pakatan Harapan government has managed to reduce corruption in the country by about 90 percent since taking over Putrajaya last year, said Prime Minister Dr Mahathir Mohamad.

In an exclusive interview with the New Straits Times (NST) today, the premier added that despite the reduction in graft cases, the government is still uncovering the "almost endless" dubious practices of the previous administration.

"During my time, corruption was not so bad that the government could not function. Everything could be built and people trusted us.

That almost immediately stopped after Harapan came to power on May 9 last year, with incidents of corruption being "very few", he added.

"For example, a political secretary is accused of taking a watch or something like that. That is nothing compared to the billions that were stolen before. So, I would say we have reduced corruption by about 90 percent. We no longer have people complaining when they go to the office, they ask for money."

Mahathir then noted the list of financial scandals involving the BN government, such as 1MDB, the pensions funds, Tabung Haji, and Felda - all of which have lost money due to alleged theft or bad financial management.

On Najib's proclamation of innocence despite facing 42 criminal charges over money laundering, abuse of power, and criminal breach of trust, Mahathir said the former is employing tactics to stall his court case because he knows he is guilty.

"If the hearing is delayed, then he can never be described as guilty until the court says he’s guilty. So that is his strategy.

"In the meantime, of course, he is going around fishing for support, saying that ‘No. I am not guilty’. The public may say he is not guilty, but until the court says he is guilty or not guilty, he is guilty. Under French law, you are guilty before you are proven not guilty."

When asked about how things have changed between him and PKR president Anwar Ibrahim since their last fallout to them currently working together, Mahathir again brought Najib into the equation.

"Between Najib and Anwar, I think Najib is a worse leader than Anwar. The worst leader.

"I think that to have Anwar replace a person like Najib is more acceptable than to have Najib carry on, so I decided that I would work with Anwar - whatever I may have said about him before, what he has said about me before.

"I thought that our working together was far more important, in order to displace Najib, than for us to quarrel because I knew if we didn’t work together, Najib would be the next prime minister and that would be disastrous for the country," the Bersatu chairperson said.

When asked on whether Anwar would be able to keep Harapan together, after Mahathir's stint is over, the premier vouched for the former's leadership quality.

"I think he has been leading a considerable part of Harapan. In fact, he was the architect of Pakatan Rakyat. Of course, Pakatan Rakyat failed because they were not that cohesive. But after we came together, we were able to work much more closely.

"The fact remains that he was from Umno, and Umno, of course, was not very liked by the opposition. He left Umno and he was able to bring DAP, PAS even, and his party together, so he has leadership quality."