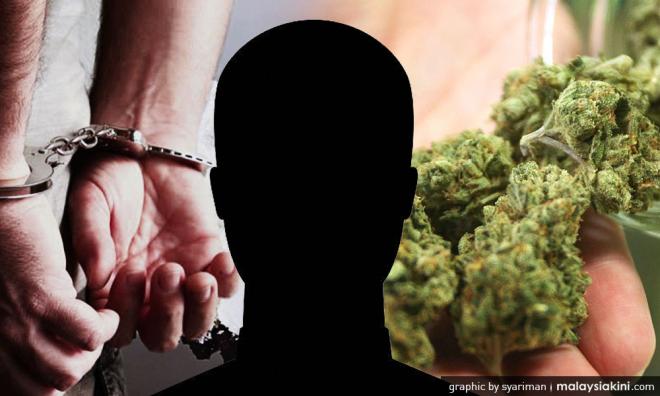 A Malaysian was arrested by Thai police for having 64kg of cannabis near the Malaysia-Thailand border on Saturday.

Hatyai deputy police chief Tanawat Sengsui said police acting on a tip-off arrested the 36-year-old fruit truck driver from Penang at a guesthouse in a village in Khuan Lang, Songkhla at 2.30am (local time) on Saturday.

He said police found compressed lumps of marijuana weighing 64kg hidden in a modified compartment of his Malaysian-registered Honda Accord.

“The man admitted he picked up the drugs in Hatyai and planned to smuggle the drugs into Penang the next day. He confessed that he had been hired to smuggle the marijuana into Malaysia via different border checkpoints before he was nabbed,” he told Bernama in Bangkok today.

He added that the man was nabbed into his fifth marijuana delivery job and the suspect tried to bribe the police to release him.

Tanawat said the suspect has no criminal record related to drug offences in Malaysia.

He said the man also admitted that he only smuggled marijuana to Malaysia with 60 to 70 kg per delivery and was paid 30,000 baht for each trip.

Dried marijuana is valued at 10,000 baht per kg in Thailand whereas the price is double or triple in Malaysia.

This is the second case of a Malaysian arrested by Thai police for drugs offences this month.

Thanawat said the man was arrested for drug offences before and he was sentenced to two years jail in Songkhla and released three years ago.