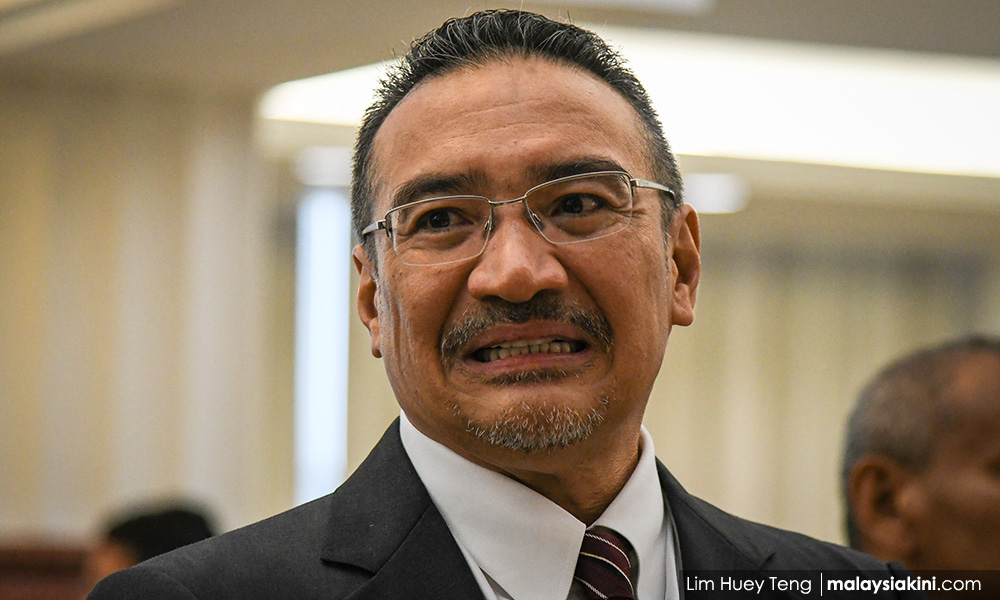 Yoursay: Hisham, if nothing to hide, then no need to stall Mindef probe

YOURSAY | ‘Why doesn’t Hisham suggest that PAC probe cover his uncle’s and father’s tenures too?’

Vote of One: I agree with former defence minister Hishammuddin Hussein’s suggestion of stretching the Public Accounts Committee’s probe into past land swap deals. Let the PAC go all the way.

But Hishammuddin’s idea of starting from the time of Dr Mahathir Mohamad’s first term as prime minister stinks of a delay tactic. That is almost saying that Mahathir did set a precedent for all Umno, and perhaps BN, leaders after him.

Time and time again, we the people have been fooled into thinking leaders since then have been their ‘own men’. Is it a case of monkey see, monkey do?

So let the PAC audit work with what we have currently, and work its way back to the 1980s if need be.

Kural: Crying and complaining about others past misdeeds is rather demeaning under any circumstance, as it implies that “others did it too, why am I alone being persecuted?”

What you were doing when the Defence Ministry was under your watch reflects on your conduct. Man up and face the allegations, and many could still hold you in some esteem.

It’s amusing to now be seen as wanting others to share your fate, as it is those very same people who want to see justice being served on you.

Fellow Malaysian: Hishammuddin, we thought that since you hadn’t been called in by investigation agencies in the past 10 months, you must be free from the dragnet. After all, you had served under Mahathir during his first tenure. But alas, here comes the PAC to split hairs.

Just one more thing. You said you've got nothing to hide. This sounds rather hollow, especially when you only declared this after PAC had fingered you.

Hishammuddin, you have been a great pretender all this while. Dissembling yourself even in the most trying of situations has certainly been your forte. Your quiet demeanour has fooled many, but people will never forget your past misdeeds.

We just hope that you have what it takes to deny and dispute PAC's attempt to nail you on the land swap.

Mushiro: Cool down, Hishammuddin. Let the PAC investigate recent issues first, as there are chances that some money can be gotten back and the culprits punished.

If, as you claim, you have nothing to hide, then the PAC investigation will only prove that someone else got all the money, and that he was at the very least asleep when all this happened under his watch.

Odysseus: Hishammuddin’s proposal is a good idea. But why doesn’t he also propose to cover the period when his uncle (Abdul Razak Hussein) and father (Hussein Onn) were prime ministers?

This will be the fairest way forward, and will let all the rakyat see how Umno and BN ruined the country.

Old Fella: Hishammuddin must not detract attention from the PAC investigation by pointing fingers 30 years backwards.

If there was anything amiss, he should have said so earlier. He must now give his full cooperation.

But since he worked under former prime minister Najib Abdul Razak, there will be much to investigate. Najib does not do anything out of love for the country.

Hishammuddin was totally in support of his cousin over the past decade when the latter was allegedly pilfering from the nation’s coffers.

Khalil Gibran: Hishammuddin’s proposal is welcome, but we know Pakatan Harapan has double standards and will not allow a probe that goes back to Mahathir’s first tenure.

The MACC has yet to reveal the findings of its probe into the Penang undersea tunnel project, and even the Attorney-General’s Chambers looks to be under the control of the executive.

Mahathir is a sly old fox, and will backstab anyone as long as his son becomes prime minister. That what he did to Najib and Umno. He is a dangerous person.

But don’t worry, former Penang chief minister and current Finance Minister Lim Guan Eng will get a taste of his own medicine soon, what with the purported MACC documents on the Penang tunnel being leaked.

Galil Khibran: @Khalil Gibran All politicians backstab. It’s just that the fox got to do it twice because he's smarter than ‘bossku’ Najib, who got caught allegedly stealing billions.

But what would he know about communication, policy or credibility? He should be the last one to give advice, considering the way he handled the Malaysia Airlines Flight 370 disaster.

And we didn't expect a trouble-free change of government. Yes, there are problems. Harapan has been in government for only 10 months. We never expected them to be able to achieve too much, especially since BN left the country in such a mess.

It's not just a normal democratic change of government, it was the deposing of a dictator. So, we'll cut them some slack in coming up with policies and getting deals from the International Maritime and Aerospace Exhibition (Lima).

In any case, Harapan has come up with some very good changes already.

We'll also put up with some infighting. With the hindsight of BN ex-ministers rueing that they had not warned Najib earlier of the 1MDB fallout, we think some infighting reflects the presence of different views.

It's far better than the sycophants in Umno endorsing Najib's (and Rosmah's) alleged crimes.

So, just remember this - the next time you feel like shooting off your mouth, look in the mirror and see what the alternative is. Then you'll understand why we feel better now than under BN.

Orang Kg IA: Yes, Harapan may have their problems, but at least they haven’t stolen land and the people’s money, abuse their power and control the media.

The evidence of the latter is in Umno and PAS leaders enjoying so much freedom, to the extent that they still continue to be arrogant - threatening ordinary citizens with violence, baiting those who are against them, creating false alarms of racial and religious fear and destroying national harmony.

Anonymous_1534239867: Harapan is really screwed if even a person of Hisham's calibre can punch holes in the quality of the current ministers.

Anonymous_c9838391: Sixty years, 14 elections cycles and BN has still not learned their lesson, and still want the rakyat to give them a chance. No thank you. Goodbye.

yoursay
hishammuddinhussein
mindef
defenceministry
corruption
Related Reports
In pursuit of truth, Hisham still keen on tracking down Jho Low
a year ago
'RM500m loss in Mindef land swaps only the tip of iceberg'
a year ago
More questions on the Mindef land swap deals
a year ago
Umno senator claims Rantau voters growing worried about Islam's status
a year ago