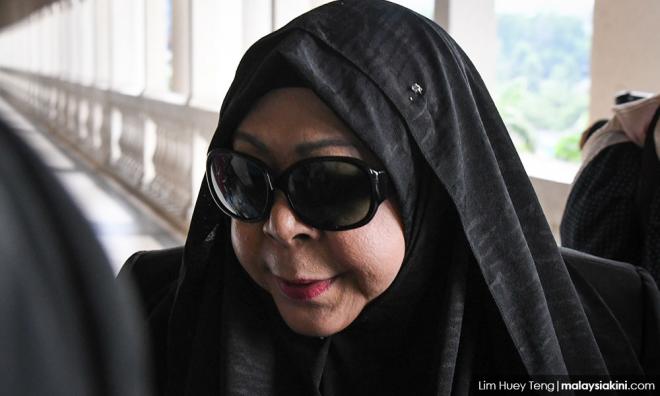 Hasanah, 61, who is facing a criminal breach of trust (CBT) charge, filed the legal action on March 28, naming the MACC and the government as respondents.

She is seeking a declaration order that the freezing of her bank account dated Sept 3, 2018 issued by the MACC deputy public prosecutor is null and void.

She is also seeking a declaration that Section 37(1) of the MACC Act in relation to the freezing of her account in Sept last year contravenes Articles 5 and 13 of the Federal Constitution, and hence should be declared null and void.

Section 37(1) allows the public prosecutor to direct a bank to freeze any account based on information given to him.

In an affidavit of support filed with the originating summons, Hasanah claimed that the MACC had not informed her about the prohibitory order on her bank account during her remand period from Aug 29, 2018 until she was released on Sept 3 the same year.

She only found out when her banking transactions failed while she was trying to make a transaction on Sept 4, 2018.

The applicant said she later contacted the MACC investigating officer for further clarification on her bank account and the latter told her that the account would be temporarily frozen as per normal investigation procedures by the MACC.

She said, five letters had been sent to the MACC between Oct 9 and Dec 18, 2018, appealing to commission to lift the freeze on her bank account, however, she claimed that on Dec 6 the same year, she received a letter from the MACC Investigation Division saying that her application could not be considered.

Hasanah said she was finding it difficult to support herself, as she was depending solely on the pension money credited into the account and had no other source of income.

Meanwhile, lawyer Nur Aifaa Mohd Zain, who represented Hasanah, told reporters that originating summons against the MACC and the government was fixed for case management today before High Court deputy registrar Idamasliza Maarof, who then fixed May 17 for further case management.

On Oct 25 last year, Hasanah pleaded not guilty to a CBT charge for misappropriating US$12.1 million (RM50.4 million) of funds belonging to the government.