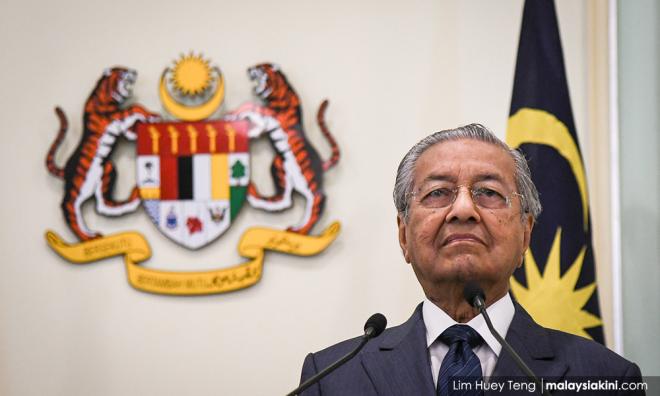 Dr M spells out hazards of absolute power, and 7 things that happened yesterday

1. Amid his verbal jousting with the Johor royal household on the appointment of the next menteri besar for the state, Prime Minister Dr Mahathir Mohamad said giving absolute power to the rulers may result in them using such power for their personal gains, instead of the rakyat's.

5. A survey by think tank Ilham Centre shows that BN candidate Mohamad Hasan stands to win the Rantau by-election on Saturday, as he is deemed more 'credible' than the Pakatan Harapan candidate Dr S Streram.

6. Pekan MP Najib Abdul Razak will be referred to the parliamentary rights and privileges committee for allegedly breaking the embargo on the Felda White Paper a day before it was tabled in the Dewan Rakyat.

7. Johor Bersatu division chiefs have vowed to throw their support behind the candidate for menteri besar chosen by the party's top leadership.