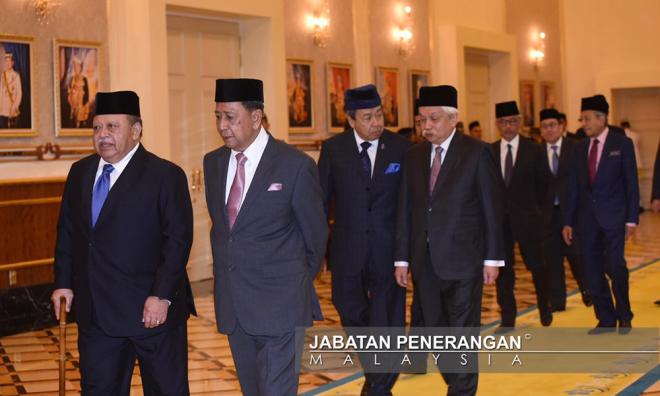 COMMENT | We, members of G25, take cognizance of the fact that the menteri besar of Johor had formally tendered his resignation to the Sultan of Johor on April 13 and a new menteri besar had been appointed yesterday.

We are, however, deeply perturbed by a very recent media report wherein the crown prince of Johor is reported to have said: “[...] it is the prerogative of the sultan to appoint the menteri besar” and, ‘[…] it was Sultan Ibrahim who made the decision to change the menteri besar”.

So far, the Johor palace has not denied the above-reported allegations. And in the same media report, the prime minister is reported to have said:

“I am of the opinion that if we assume that those who can choose the prime minister and choose our menteri besar are the kings, then we are no longer a democratic country.”

To begin with, it is imperative to appreciate that under our Federal Constitution, every ruler of a state in Malaysia is a constitutional monarch; meaning that he exercises constitutional powers similar to those of the British queen under British constitutional law. In other words, he is not a despotic ruler who can act in any manner as he pleases. The days when the titah of a sultan (royal decree) must be obeyed - no matter what - are gone; we no longer live in a feudal society under a feudal raja.

Article 4(7) of the state constitution of Johor makes it clear that the menteri besar does not hold office at the ruler’s pleasure. Therefore, it is unlawful and unconstitutional for a ruler to remove a menteri besar other than in the situations mentioned above.

Does a ruler have the prerogative to appoint a menteri besar? If what is meant by “prerogative” here is absolute power to appoint whomsoever the ruler desires, then the answer to this question must be a firm ‘no’. Under Article 4 (2)(a) of the Johor constitution it is stated:

“(2) The state executive council shall be appointed as follows, that is to say,

(a) the ruler shall first appoint as menteri besar to preside over the state executive council a member of the legislative assembly who in his judgment is likely to command the confidence of the majority of the members of the assembly;”

Of course, he is entitled to make his own assessment, but he must be fair and objective; and he is at liberty to make the necessary inquiry if he deems it fit to do so. But he must constantly bear in mind that he has no absolute power in this regard but must respect and yield to the wish of the majority.

If it is evidentially clear that the majority desires member “A” to be the menteri besar, then, so be it: the ruler, constitutionally, cannot ask for more than one name from the winning party to be submitted to him. In this regard, we would like to refer to the words of wisdom of a former lord president, Raja Azlan Shah (later, Sultan Azlan Shah of Perak) in his article, “The Role of Constitutional Rulers: A Malaysia Perspective for the Laity” (1982 Jernal Undang Undang, Law Faculty, University of Malaya):

“It is true that the appointment of a menteri besar is a prerogative of the sultan. However, the ruler is not free to appoint anybody he likes. He must appoint a member of the legislative assembly who in his judgment is likely to command the confidence of the majority of the members of the assembly.

“When the party which obtains the majority of seats in the general election decides to nominate one of its members of the assembly for appointment as menteri besar, in my view the ruler has no discretion but to appoint him. To disregard the wishes of the party and to appoint another member who cannot command the confidence of the majority of the members in the assembly could lead to a vote of no- confidence against him in which case the ruler will have to either appoint another member or dissolve the assembly.”

Further, a ruler in carrying out his functions must act on the advice of the state executive council or a member of the state executive council acting under its general authority. We do acknowledge, however, that there are exceptions to this general rule of requiring the ruler to act on advice. For example, a ruler has absolute discretion in deciding whether or not to accede to a request by the menteri besar to dissolve the state legislative assembly. Likewise, a ruler has absolute discretion in the exercise of his statutory powers as the head of Islam in his state.

G25 comprises a group of eminent Malay individuals advocates improving the standards of governance in the administration of the country in line with the constitutional provisions regarding the role of Islam.