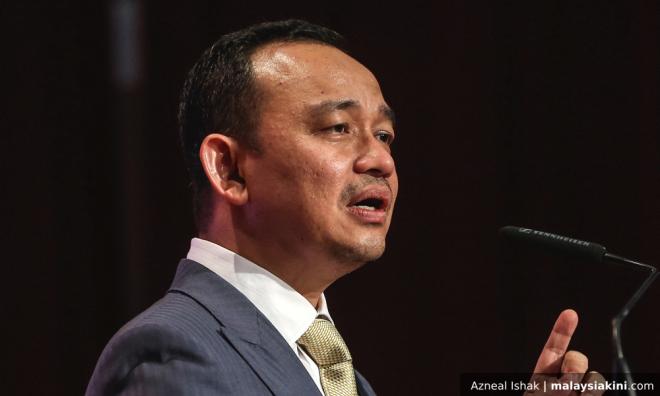 Maszlee on official duty overseas during vote on amendments

Education Minister Maszlee Malik today clarified that he did not attend the recent parliamentary sitting on proposed constitutional amendments to restore the original status of Sabah and Sarawak because he was on official duty in Paris attending a Unesco meeting.

“Last week I was asked by the cabinet to represent Malaysia at the 206th Meeting of Unesco Executive Council in Paris... I could not attend the Parliament sitting on constitutional amendments relating to Malaysia Agreement 1963 (MA63),” said the MP Simpang Renggam after the launching of Private Tahfiz School Intervention Programme in Nilai.

Maszlee said there was no publicity on his trip to Paris because he did not bring along any reporters and travelled with a small delegation.

“We represented the government to convey Malaysia’s stands to Unesco. On my return from the meeting, I received an invitation from Crown Prince Ajman YM Sheikh Ammar Humaid Al Nuaimi, as part of our efforts to get scholarships for Malaysian students to study in the Gulf Medical University.

“I have gone there to get funding for our students and have made some joint efforts to bring students from there to Malaysia,” he added.

Some media have reported that Maszlee was among four Pakatan Harapan MPs who failed to attend the sitting during voting on the Federal Constitution (Amendment) Bill 2019 on the status of Sabah and Sarawak.

The proposed amendments failed to pass after the Harapan government obtained only 138 votes, short of the 148 required for two-thirds majority support.