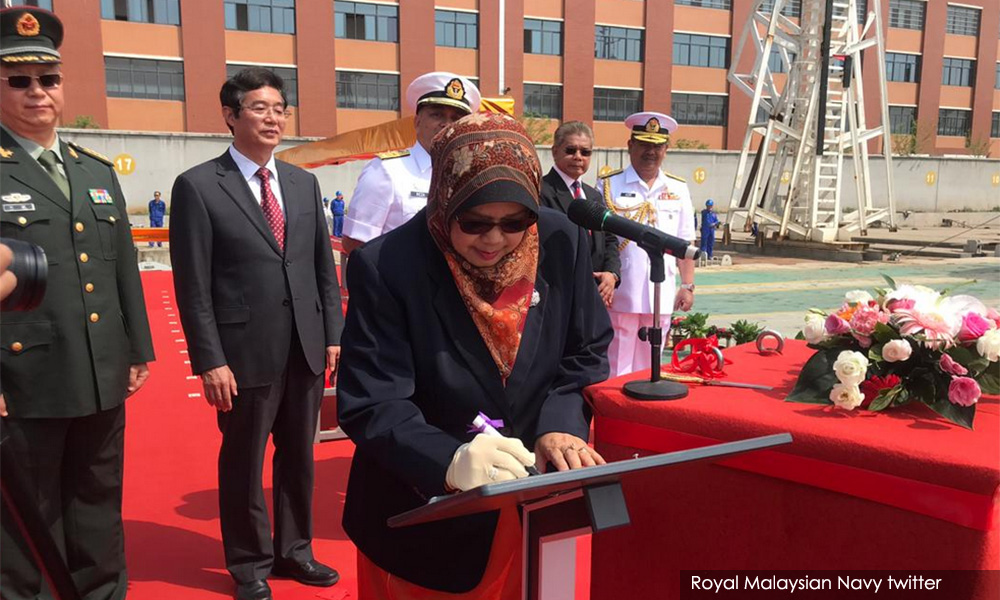 With the launching of a naval vessel by the wife of Defence Minister Mohamad Sabu in China coming under fire, the navy has come out to defend the move, saying that it is part of tradition.

In a statement today, the navy said the practice of new vessels having a "lady sponsor" has been in place since its formation.

Women who have launched and christened navy ships in the past, it said, included the wives of prime ministers, defence ministers and members of royalty.

The navy was responding to pro-BN blogger Mykmu and other critics who took issue with Mohamad's wife, Normah Alwi, launching a Littoral Mission Ship (LMS) at the Wuchang Shipbuilding yard in Wuhan yesterday.

The vessel, reportedly named Keris, is the first of four LMS signed under an RM1.17 billion contract between Putrajaya and the shipbuilder in April 2017.

In its statement, the navy listed 28 occasions in which prominent women launched and named – and on occasion, lent their names to – new naval vessels.

Among them are Rosmah Mansor, the wife of former premier Najib Abdul Razak, who launched three new vessels in December 1994, October 2007 and December 2012.