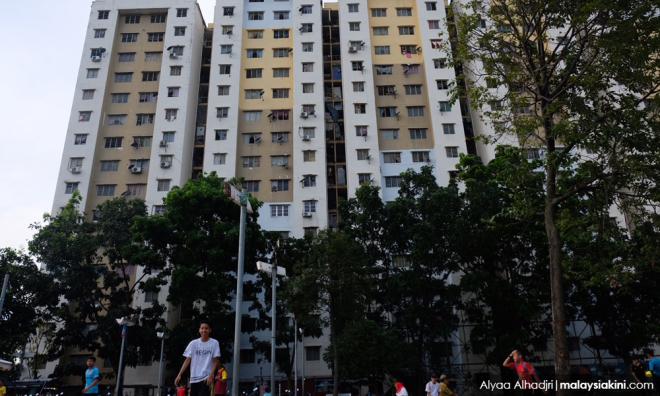 FT Ministry not looking to evict PPR residents behind on rent

Federal Territories Minister Khalid Abdul Samad today stressed that there is no attempt to evict tenants of People’s Housing Projects (PPR), even if they accumulate high rent arrears.

Instead, the government is making an effort through Kuala Lumpur City Hall to help them overcome the problems faced by PPR tenants through various mechanisms, including allowing the rent to be paid in stages, he said.

“Recently, some said that they will be evicted. Some residents and tenants even met me and wanted to pay their arrears in installments, but claimed that DBKL wanted them to settle the amount in full.

“I emphasise that there is no effort to evict them.

"Although there are some with arrears of up to RM8,000, DBKL will allow them to pay in stages, either 10 percent initially and then at a rate of every two or three months until it is settled, or according to the contract that was agreed upon,” he said.

Khalid said this at a press conference after officiating the opening of the road connecting Jalan 1/27 to Setiawangsa in Kuala Lumpur today.

The minister added that DBKL would only issue an order to vacate the PPR units if the tenants were no longer qualified to stay there.

“For tenants who pass down the units to their children or outsiders, if they have become financially capable, then they need to vacate for other qualified tenants to live there,” he added.

A total of 26,860 PPR and public housing tenants failed to pay their monthly rental of RM124, causing DBKL to suffer losses amounting to RM18,137,507 in accumulated arrears up to Oct 31 last year.

Earlier, Khalid said the 500m Jalan 1/27A, which connects Jalan 1/27 to Setiawangsa, was to cater to the increased traffic volume due to the rapid development in the area.

He said it was the main alternative route for those staying around the Wangsa Maju and Setiawangsa housing areas to go to Sri Rampai without having to pass through the congested city centre.