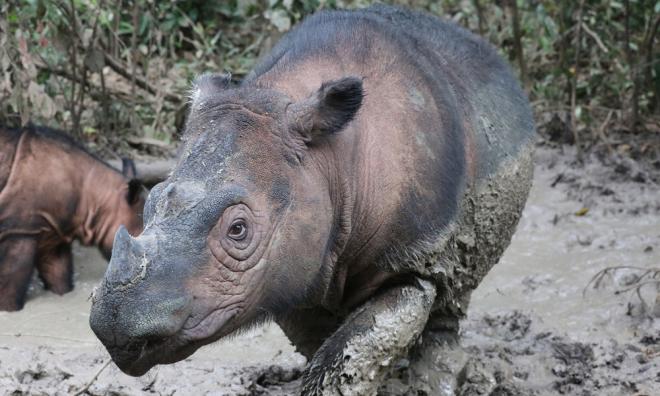 The Sumatran rhinoceros has no longer been sighted in Sabah, according to studies conducted at the Ulu Segama Forest Reserve and Tabin Wildlife Reserve in Lahad Datu.

Sabah Minister of Tourism, Culture and Environment Christina Liew said the studies were collaborations between the ministry, through the Wildlife Department, with non-governmental organisations like the Borneo Rhino Alliance and the World Wide Fund for Nature (WWF), Malaysia.

The studies looked at the population of the Sumatran rhinoceros in both areas as well as in the Ulu Malua Forest Reserve which were previously identified to have a population of these animals.

She said the studies were started in 1978 as part of a Faunal Survey of Sabah was started and it is still on-going.

Liew said among the methods used to detect the animals are forest exploration and camera traps.

Liew was replying to a question from Calvin Chong Ket Kiun (DAP-Elopura) who asked about a report of the findings of footprints of the Sumatran rhinoceros after 2016 and what steps have been taken about the habitat of these animals.