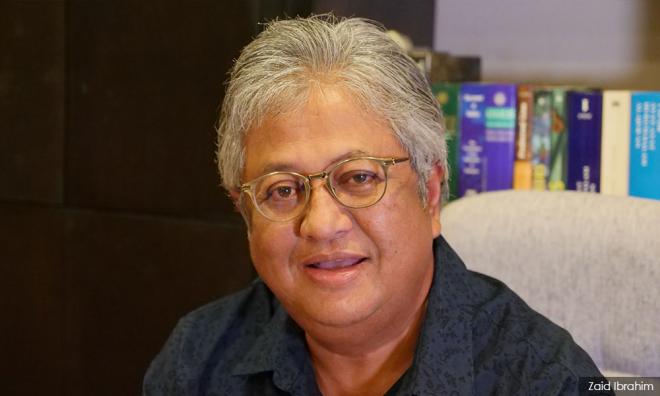 He was commenting on former Council of Eminent Persons (CEP) chairperson Daim Zainuddin stating that Harapan would need another six months to fulfil its election pledges.

Zaid, however, is sceptical this would materialise.

“Six months to fulfil manifesto? Unlikely. This Harapan is scared of bullies.

“So you will not get IPCMC (Independent Police Complaints and Misconduct Commission), government by the people, repeal of security laws, revamp of higher education, etc.

“What you will get is more asset sales,” he tweeted this afternoon.

Zaid, who had campaigned for Harapan in the run-up to the last general election, has now become a staunch critic of the government.

Soon after Saturday's Rantau by-election, which witnessed the ruling coalition's third consecutive by-election defeat, he had fired a sarcastic salvo on Twitter.

“Although 3-0 down, nothing wrong with Harapan, except their arrogance.

“Fighting with everyone instead of a more conciliatory approach. Making fun of the Malays and expecting their support. Calling people thieves as if they have not stolen,” he had said.

On Monday, Daim, speaking about the outcome of the Rantau polls, said the government needed another six months to repair the damage by the previous BN administration.

“I think the government needs another six months to fix the situation, not only in terms of economic development, but also in other issues. The people need to understand this,” he added.

Commenting on this yesterday, Prime Minister Dr Mahathir Mohamad said the government's transformation plans were hampered by the lack of finance.

"We don't have the money. Money has been stolen. That's our problem. You want to do anything ... the money is not available," he added.

Mahathir also downplayed Harapan's defeat, saying ruling parties seldom receive support during by-elections because the results do not affect the status of the government.