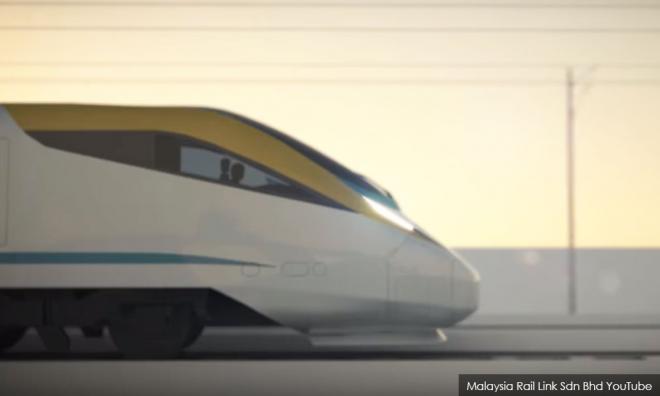 Although no names were mentioned in its statement, it is believed to be in reference to concerns about the project raised by former premier Najib Abdul Razak.

To the first claim that the new southern alignment would cause travel time from Kota Bharu to Kuala Lumpur to increase up to six hours, MRL said the journey would only take approximately four hours.

"With a travel speed of 160kmh, the additional 25km adds a time of less than 10 minutes to the journey, which will be further reduced due to the reduction of one stop," it said.

The three existing train lines available at Putrajaya Sentral, MRL added, would also offer passengers more options to travel to the city centre, KLIA and the north compared to the previous alignment.

No risk to national security

In its statement, MRL also rubbished the claim that its joint management, operation and maintenance (MOM) agreement with the China Communications Construction Company (CCCC) cedes 50 percent ownership of the ECRL to the Beijing-owned firm.

"It is purely about the sharing of MOM costs, plus the exchange of technical know-how and expertise between CCCC and MRL.

"The government of Malaysia will own 100 percent of all ECRL assets through MRL, from the beginning to the end of the joint MOM arrangement."

MRL also stressed the joint venture would not post any threat to national security as alleged, as it will be under Malaysian management.

"The directors of the joint venture company and the appointment of its CEO will be at the discretion of the MRL."

The company also addressed the claim that the reduced cost of the ECRL was due to the new alignment removing an 18km tunnel passing through the Titiwangsa Range, with fewer stations being built.

According to the statement, the cost for the first two phases of the project – including for double tracking – would have been RM65.5 billion, including the purported "RM10 billion Genting tunnel" running through the range.

With the omission of this tunnel, the cost would still be RM55.5 billion, it noted.

"The number of stations planned under the original ECRL project for Phases 1 & 2 was 24 stations (excluding Pengkalan Kubor and Wakaf Baru under the northern extension).

"With the new alignment, the number of stations is now 20. The further reduction in cost from RM55.5 billion to RM44 billion would not have been solely due to four stations being omitted."

Last Friday, it was announced that the government would continue with the ECRL project at a reduced cost of RM44 billion.

The project was initially estimated by the previous BN government to cost RM55 billion.

Soon after Pakatan Harapan assumed federal power, however, Finance Minister Lim Guan Eng indicated that the project could cost up to RM81 billion.