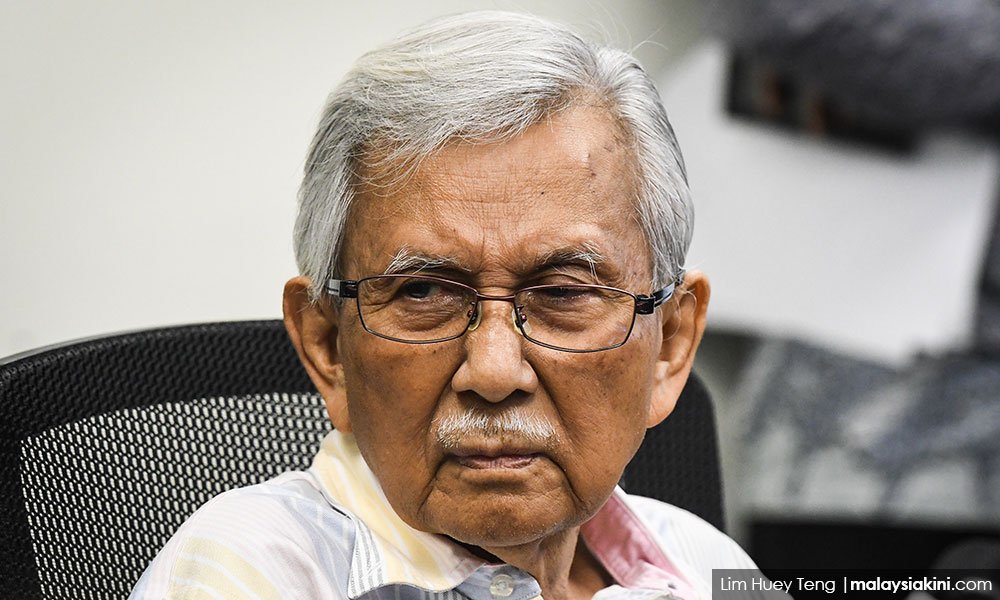 ECRL price tag can come down even further, says Daim

Daim Zainuddin has expressed confidence that the price tag for the East Coast Rail Link (ECRL), which was reduced by RM21.5 billion to RM44 billion, is highly likely to come down even further.

He said this was possible once rail construction experts in both Malaysia Rail Link Sdn Bhd (MRL) and China Communications Construction Company Ltd (CCCC) sit down to work out the technical details of the mammoth infrastructure project.

Earlier this week, MRL and CCCC agreed to form a 50-50 joint-venture (JV) company to manage, operate and maintain the ECRL rail network.

The cost of the project could also come down as “we will request for a lower loan amount, as well as an expansion of the grace and repayment periods, from China-Exim Bank now that the cost has been reduced,” Daim told Bernama News Channel (BNC) and Bernama Economic Service in an exclusive interview today.

Daim, who is also the chairperson of the Council of Eminent Persons (CEP), was asked by Prime Minister Dr Mahathir Mohamad to lead a team to Beijing soon after the Pakatan Harapan government’s election victory last year to renegotiate the ECRL project.

“We will negotiate a very substantive sum (of reduction), at least minimum of about RM30 billion.

“This will be the next phase of our negotiations as we did not want to tie it with the new engineering, procurement, construction and commissioning (EPCC) supplementary agreement.

“So, the RM21.5 billion really is the minimum savings we are accruing by renegotiating the ECRL contract. We hope to be back next week with even more good news for the rakyat,” he said.

Daim had successfully managed to renegotiate a supplementary deal which brought down the cost by 32.8 percent or RM21.5 billion from the original price tag of RM65.5 billion entered into by the previous administration under former prime minister Najib Abdul Razak.

He said CCCC also honoured its commitment to refund part of the RM3.1 billion advance payment under the original contract for Phase 2, double tracking and the northern extension of the ECRL project when it refunded RM500 million today, and another RM500 million within a month for a total refund of RM1 billion.

The CEP chairperson said Malaysia’s success in renegotiating for a supplementary agreement and continuing with the ECRL project also bolstered investor confidence among Chinese companies to come and invest in Malaysia over time to the tune of billions of ringgit.

He said the arrangement is also an incentive for CCCC and other Chinese investors to look into other investments in Malaysia that can boost the utilisation of the ECRL.

“So, we expect that there will be more foreign direct investment, not only from China, but from domestic and other international sources as well, in the East Coast and along the rail line.

“Since the ECRL will only be completed at the end of 2026, we are confident that the timing will allow other investments to be completed so that there is great vibrancy along the rail line by the time the ECRL is functioning,” he said.

Daim also clarified that the supplementary agreement for the ECRL includes double tracking for the entire 640-kilometre rail line.

“Those who are saying that the new cost of RM44 billion came at the expense of certain features such as double-tracking are lying. It is as simple as that,” he said.

To some who are arguing that the ECRL will end up as a white elephant, with low ridership and cargo loads, Daim said public infrastructure projects have notoriously long gestation periods before they even break even and “we are well aware of that”.

“That is why in our negotiations with China, we also included an memorandum of understanding for the management, operation and maintenance (MOM) of the ECRL. Under the original agreement, Malaysia have to bear the MOM costs on its own from the onset.

“By getting CCCC to bear half of the costs for the first 20 years of operations, we expect to save some RM4 billion,” he said.

Daim added that the ECRL augurs well for the construction sector as it already has RM44 billion which is a lot of money, taking into account the 40 percent that would be forked out for local content.

ecrl
Related Reports
ECRL: More in-depth study needed to reduce environmental impact
a year ago
NGOs 'shocked and disturbed' by Putrajaya's PSR approval
a year ago
ECRL project owner clarifies 'misleading info' on improved project
a year ago
China should not be involved in managing ECRL, says Najib
a year ago