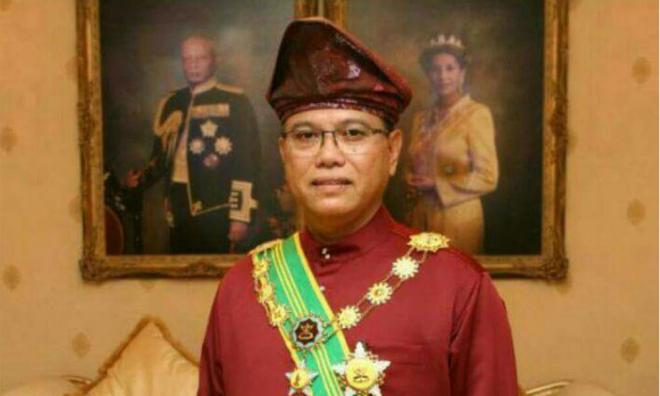 Businesses must show loyalty to rulers to get permits - Pahang MB

The Pahang government will formulate new enactment to compel business operators to show loyalty to the state ruler and the Yang Dipertuan Agong before permits and licences are issued.

This is according to the Pahang Menteri Besar Wan Rosdy Wan Ismail (above) in his winding-up speech at the state legislative assembly sitting today.

“When issuing business licences and permits, the local council and related agencies have to include a new approval requirement for them (business operators),” he was quoted as saying by the New Straits Times.

Various quarters had expressed displeasure with irresponsible quarters who had insulted the ruler recently, prompting the state executive council to approve the new ruling, he said.

“They (operators) have to respect and show loyalty to the Sultan of Pahang and the Yang Dipertuan Agong. Failure to adhere to the requirement will result in the business permits and licences being revoked," he said.

“We hope the stern requirement will serve as an effective preventive measure to overcome such issues," he added.

The report does not elaborate on the method used to gauge business operators’ loyalty towards the rulers prior to approving their licences and permits.