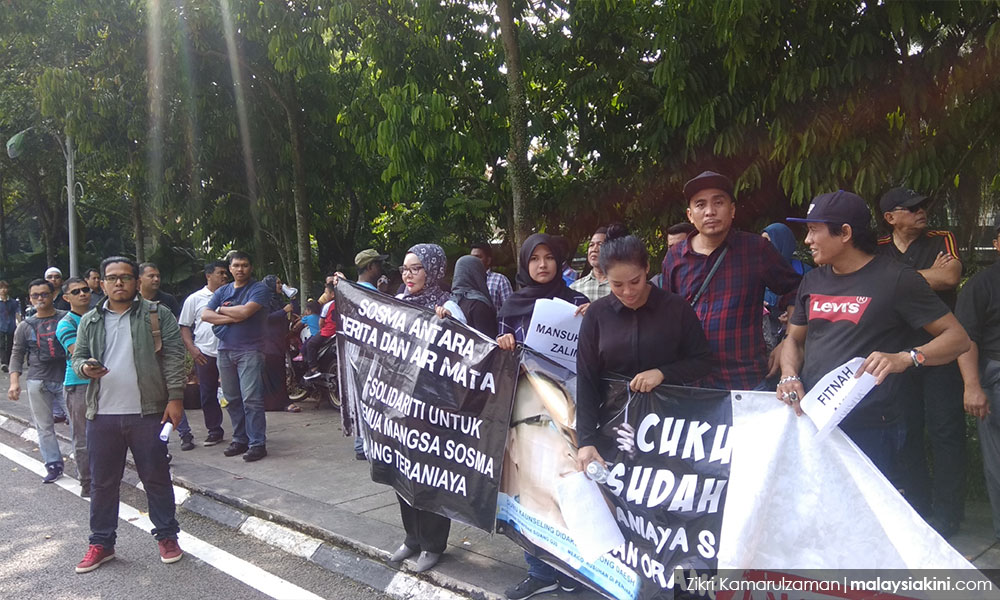 The Home Ministry today rebutted a Suhakam commissioner who accused Putrajaya of backtracking on draconian laws.

The ministry said that two amendment bills – one for the Security Offences (Special Measures) Act 2012 (Sosma), and the other on the Peaceful Assembly Act 2012 (PAA) – which it plans to table in the next Parliament session.

"The bill to amend the PAA has received approval from the Attorney-General's Chambers, and will be brought to the cabinet for a decision soon.

"Meanwhile, the bill to amend Sosma is still being reviewed by the AGC," it said in a statement today.

The Home Ministry added that there are ongoing discussions with police, the AGC and others to either amend or repeal the Prevention of Crime Act 1959, Prevention of Terrorism Act 2015, Printing Presses and Publications Act 1984, as well as the Sedition Act 1948.

The ministry was responding to Suhakam commissioner Aishah Bidin, who claimed that the Pakatan Harapan government had no plans to change draconian laws.

Aishah was a member of a special task force committee tasked with reviewing these security laws.

The bills to amend Sosma and the PAA were originally planned for the recently concluded Parliament session.

Parliament is set to reconvene in July.