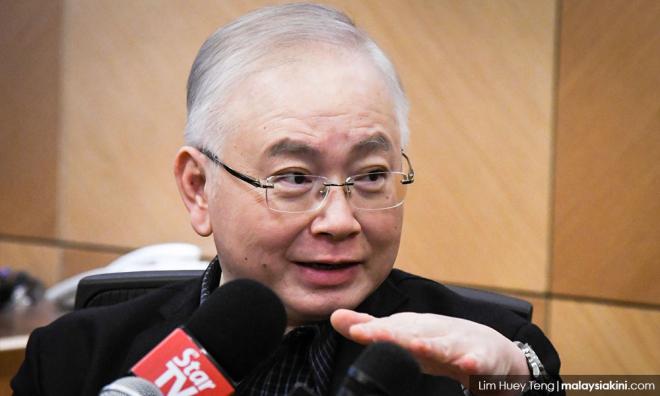 MCA president Wee Ka Siong today claimed the Pakatan Harapan government has acknowledged that 1MDB, described by the US Department of Justice as "the largest kleptocracy case in US history", was beneficial and played an important role in the development of the country.

Both projects were under 1MDB, but were transferred to the finance minister at the tail end of former prime minister Najib Abdul Razak's leadership in an attempt to wind down the troubled state fund.

"When both are combined, the total is RM180 billion. It is more than enough to foot the RM30 billion debt (by 1MDB).

"This means that Harapan is confirming that 1MDB will not be the cause of Malaysia (potentially) going bankrupt or that it will burden future generations.

"Harapan is even confirming that 1MDB is very beneficial and plays an important role in the development of our country," he said in a statement on Facebook.

International investigators believed at least US$4.5 billion was stolen from 1MDB, a large part of which was laundered through the US financial system.

The modus operandi was to raise debt purportedly for mega projects, but part of the proceeds was later diverted to allegedly benefit Najib and his associates, including businessperson Low Taek Jho. Najib has denied wrongdoing.

Three bonds raised by Goldman Sachs on behalf of 1MDB, totalling US$6.5 billion, are due for repayment in 2022 and 2023.

"Harapan can no longer use 1MDB as an excuse for not fulfilling their manifesto.

"In light of the news about Bandar Malaysia and TRX, Malaysians hope that Harapan will stop lying, even though they have done so to the public for years," he said.