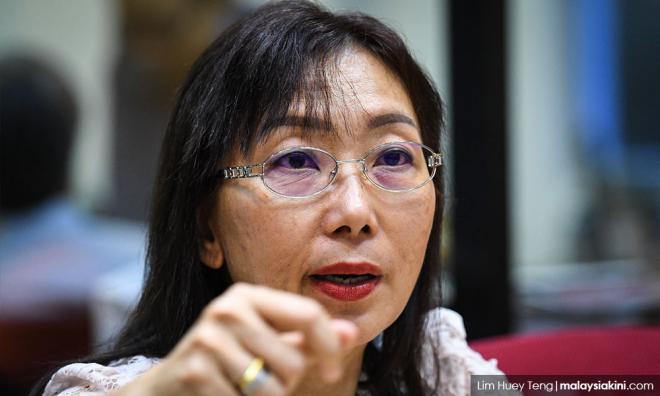 Being known as a vocal party, DAP is now being criticised for not being critical on many prominent issues and unable to keep the federal cabinet in check when there is a policy flip-flop and promises made that are not fulfilled.

Particularly, critics have likened the DAP of today to the MCA, which was seen as docile when it was in power, together with the other BN members, up to May 2018.

"I don't think that DAP is a party that kept silent," Kok rebutted in an interview with Malaysiakini and KiniTV when questioned on this matter.

She said she felt that the critics of the DAP wanted the party to continue like an opposition state and slam (the ruling government) whenever it was unhappy with an issue.

"Of course, we still speak out (when necessary). But how do we do that? Should we do it openly, just like previously in Lynas issues where two cabinet ministers hit the headlines?

"Is this what you call voicing out for the people? No, I don't think so," said Kok, who is also primary industries minister...

teresa kok
harapan gov't performance
interview
editorspick
editors pick
Related Reports
PAS: 'Failed' cabinet cannot carry out Dr M's vision
a year ago
Yoursay: Time for Harapan to govern, it must put its foot down
a year ago
US envoy: Relations flourishing with new Harapan gov't
a year ago
No more delays, set up RCI on the judiciary now - Bar
a year ago