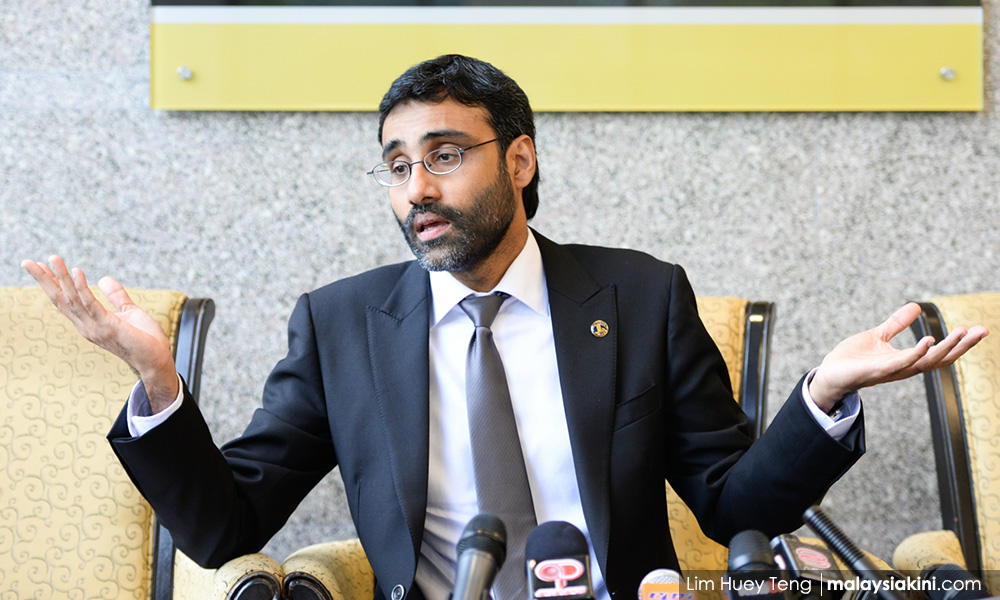 Lawyers for Liberty (LFL) has censured the Home Ministry for stating that discussions are still ongoing with the relevant authorities to amend or repeal the Sedition Act and other repressive laws.

According to LFL advisor N Surendran, the ministry's stand that a comprehensive review must be carried out regarding these laws in order not to jeopardise national security is untenable.

“This blanket excuse of 'national security' was similarly wielded like a mantra by the corrupt and repressive BN government. When the BN government defended these laws, the (then) Harapan opposition vigorously condemned them.

“But now when in government, Harapan claims their repeal may affect national security. Oppressive laws cannot magically transform into just and acceptable laws simply because Harapan is in power,” he added in a statement.

Surendran also questioned why the amendments to the Security Offences (Special Measures) Act 2012 (Sosma) and Public Assembly Act (PAA) 2012) are shrouded in secrecy?

“This is because the NSCA amendments betrayed public expectations by leaving most of its draconian provisions intact. To protect the public from another NSCA-style betrayal, the proposed amendments must be made public immediately,” he added.

Surendran also zeroed in on the statement that “discussions” are still ongoing and pointed out that Harapan had promised to repeal the Sedition Act, Prevention of Crime Act 1959 (Poca) and the Printing Presses and Publications Act 1984 (PPPA).

“To 'discuss' means repeal is not certain, and this goes totally against the promise in the Harapan manifesto that these three laws will be repealed outright.

“All that is required is a simple Bill tabled in Parliament to revoke those laws. This could easily have been done in the first session of the new parliament in July last year.

“Instead, the Home Ministry has been periodically producing flimsy and baseless excuses for not repealing these oppressive laws,” he added.

Surendran also dismissed the national security justification on the grounds that there are numerous laws in the Penal Code and other statutes to deal with such circumstances, which was acknowledged by Harapan leaders in the past.

As for the PPPA 1984, the former PKR lawmaker described it as an anathema to the existence of a free media that is able to fearlessly question or criticise the government.

“The existence of the PPPA 1984 will prevent press scrutiny of any future government that may practice kleptocracy, corruption and repression, as did (former premier) Najib (Abdul Razak) and the former BN government,” he added.

Surendran also trained his guns on the silence of former champions of civil liberties and press freedom who are now members of the Cabinet or hold high government positions.

“Why have they gone silent on the dithering and delaying tactics of the Home Ministry?” he asked.

Urging the Home Ministry to stop dragging its feet on these repeals, Surendran said Malaysia cannot call itself a proper democracy whilst these undemocratic laws remain in the statute books.

“At the coming session of Parliament, the government must table a single omnibus bill which abolishes all these oppressive laws.

“The government must not try to fool the public by doling out diluted reforms in a piecemeal manner. Our patience is wearing thin.

“Nothing less than the complete repeal of the repressive laws will be acceptable to the millions of Malaysians who voted for change in the historic 14th general election,” he added.