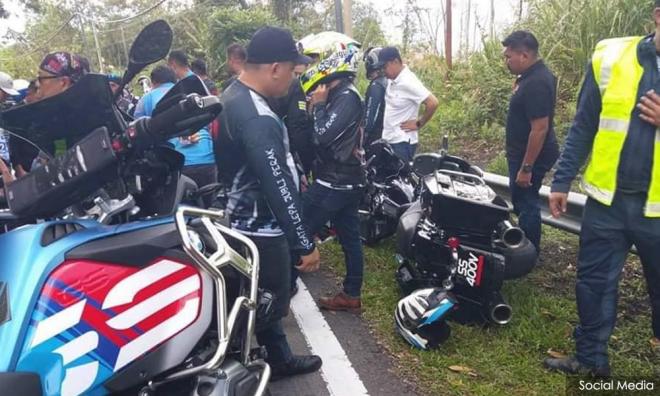 The accident happened at about 10am in Nabalu on the Tamparuli-Ranau road when Azis, who is the MP for Sepanggar, was riding with the convoy towards Ranau.

According to a message in Azis’ WhatsApp group with the media, the deputy minister suffered slight injuries but is in stable condition.

It is learned that he received treatment at the Tuaran Hospital.

Earlier, at about 8am, Azis had participated in the convoy which also promoted the Regatta Lepa Silver Jubilee programme which he launched at the Kota Kinabalu City Hall Square here.

When met after the launch, Azis said he had just obtained the licence to ride motorcycles exceeding 500cc and was riding a bike borrowed from a friend.