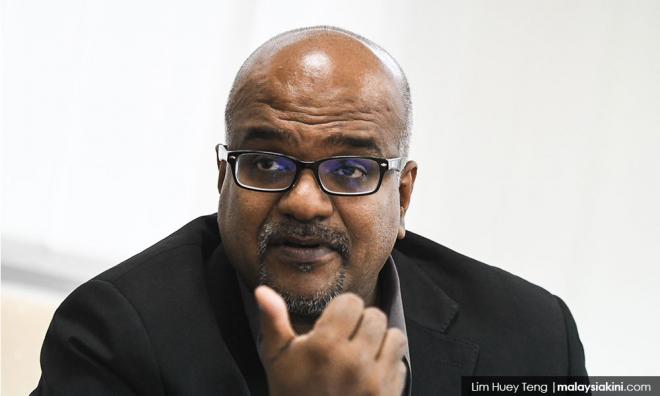 Suhakam has dismissed the claim that the human rights commission is punishing the police by making its findings on the disappearances of Pastor Raymond Koh and activist Amri Chet Mat public.

Acting chairperson Jerald Joseph said there is no provision in the law which required Suhakam to provide the police with an advance copy of its public inquiry findings.

“In this regard, Suhakam has not acted extraordinarily in its release of the report, and to claim that the commission is attempting to punish the police or provoke reactions from the public and the establishment is far-fetched,” he added in a statement this afternoon.

Previously, Inspector-General of Police Mohamad Fuzi Harun (below) said Suhakam should not have announced its findings to the public.

He argued that the report should have been handed to the police, Home Ministry and other relevant authorities instead.

“It is disappointing as their action seemed like punishing the police,” he had said.

Based on its findings, Suhakam had blamed the police's special branch for Koh and Amri's disappearances.

Meanwhile, Joseph pointed out that the commission has conducted nine public inquiries since its inception in 2000.

“With respect to the principles of transparency and accountability, the contents of each of the inquiry reports have been made public and accessible to members of the public and the media upon the conclusion of each inquiry,” he added.

As for the public inquiry on Koh and Amri, Joseph said the commission acted without fear, favour, malice or prejudice to uncover the truth in a matter that is of great public interest and is integral to the exercise of democracy in Malaysia.

“Suhakam stresses that, given the public nature of the inquiry, it is incumbent that the findings of the inquiry are made public.

“Suhakam calls upon the government, in particular, the relevant authorities, to implement without delay the recommendations made by the panel of inquiry,” he added.