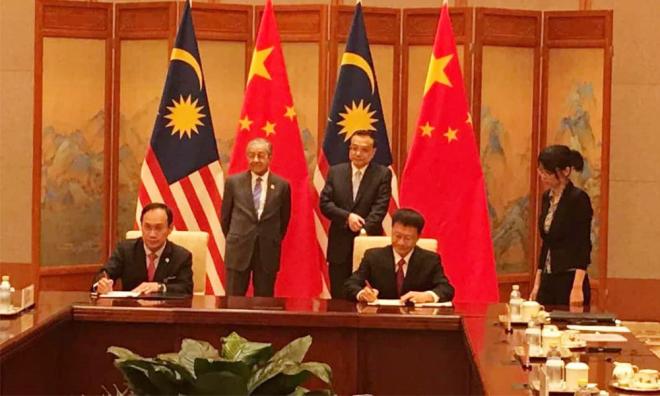 China plans to buy an additional 1.9 million tonnes of palm oil from Malaysia over the next five years and invest at least RM2 billion in a biojet fuel plant, Malaysia's Primary Industries Ministry said on Thursday.

The plans are outlined in a memorandum of understanding signed between the China Chamber of Commerce of Foodstuffs and Native Produce and the Malaysian Palm Oil Council in Beijing, according to a ministry statement.

China and Malaysia also agreed in the MoU to work together to encourage the use of the yuan for palm oil trade, pending approval from Malaysia's central bank.

Prime Minister Dr Mahathir Mohamad is currently in Beijing to attend a forum on China's Belt and Road initiative.

Malaysia has been trying to reduce its palm oil stockpiles, which hit their highest in at least 19 years last December, in a bid to shore up prices.