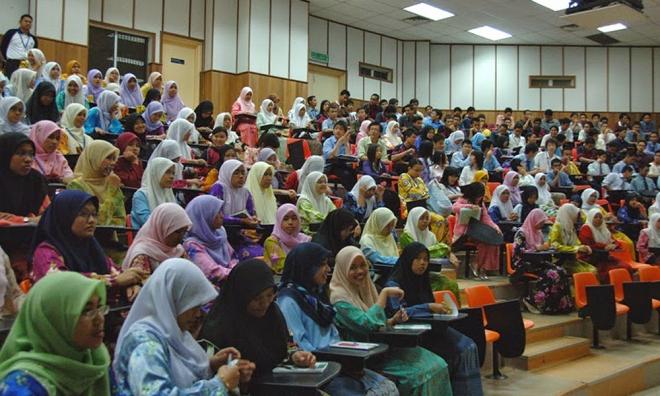 Yoursay: 10 pct for non-bumis in matriculation intake is way too low

YOURSAY | 'For a start, we should at least design a quota which is proportional to population size.'

Multi Racial: In GE14, we voted for Pakatan Harapan to bring fairness to all. This (the student intake into the pre-university matriculation programme announced by Education Minister Maszlee Malik on Wednesday) is not what Malaysians expect - status quo on the quota system.

It is not just about being fair to the Malays, the system has to be fair to all Malaysians. Harapan won an overwhelming majority of non-bumiputera votes in GE14 and about one-third of bumiputera votes. That was how they won GE14.

However, this decision to increase student intake into the pre-university matriculation programme from 25,000 to 40,000 but maintaining 90 percent of seats for bumiputera and 10 percent for non-bumiputera is going to make the coalition lose support from the non-Muslims.

For education, there should not be any compromise. It has to be based on merit and nothing else, otherwise we will be producing half-baked professionals.

Prime Minister Dr Mahathir Mohamad and Maszlee are from a race-based party. Race-based parties are old school and not healthy for this country. You cannot have politicians fighting only for one race in a multiracial nation.

PKR, DAP and a few political parties in Sabah and Sarawak are on the right track. That is why they won most of the seats they contested in GE14.

Race-based politics is the kind both Umno and PAS want Bersatu and Amanah to play. But Harapan cannot beat Umno and PAS on their terms. That is why Harapan has to win the support of all races and as such, they should play the multiracial card instead of racial politics.

Quigonbond: Indeed, I don’t understand why matriculation seats are not proportional to the population size of each race.

What is more important is the final percentage of the subsequent intake of these matriculation students into the local universities. Is it going to be also 90:10 ratio?

Mohd Isnin: My personal opinion is that matriculation is useless in terms of the depth of knowledge enhancement.

The weaker 90 percent of Malays and weaker 10 percent of non-Malays should go to matriculation while the cream of the crop should do STPM (Sijil Tinggi Pelajaran Malaysia or Form 6).

STPM is where knowledge is enhanced. Unless we want our future generations to be stupid. Then, carry on with the current method of student intake.

KitP: The new government is still locked in a quota mentality. They could have increased the available places based on merit, without any reduction in bumiputera allocated places so no one loses out.

Looking On: This is a disastrous move. A huge increase of bumiputera intake means scraping the bottom of the barrel to find the best of the sub-standards just to fill the 90 percent quota of the ballooned total.

And the problem of mediocrity and unemployability is multiplied.

Tembikai: I have given up on Maszlee. As long as he is not replaced, there will be no change and no hope for our education system. Every time he opens his mouth, there will be uproar among the rakyat. His deputy minister is no better. Both need to be replaced.

Unfortunately, Mahathir keeps defending them and allowing them to continue the rot. Perhaps, the Umno mentality of not allowing the youngsters to progress so that the politicians can continue to control them still holds true with the Harapan government.

And how likely is it, I wonder, of these great young minds returning to work in a country that had and continues to shaft them upon graduation?

Thank you, minister, for demonstrating in the most visual way possible how brain drain occurs.

Why quota system for matriculation studies was retained

Lodestar: The whole approach to education in Malaysia is incredibly racist. The matriculation programme was designed to give bumiputera students an easy, quick path to universities compared to those who sit for STPM, which is a far more rigorous qualification.

Yet, both qualifications are considered equivalent in applications to enter public universities.

The matriculation is so weak that most good private universities in Malaysia refuse to accept it, let alone overseas universities.

On the other hand, the Unified Examination Certificate (UEC) for Chinese schools, which is widely accepted overseas, including universities in Western countries, is refused for admission to our public universities.

The Harapan government has so far done nothing to dismantle the previous government's racist approach to education.

Nonplussed: My fervent hope is that this quota will be reviewed yearly, and, depending on changing circumstances, it can be amended until a level-playing ground is eventually achieved.

The government must surely know that meritocracy is important for the country's future. Only then we can have our pick of well-qualified, and hopefully, leaders of integrity to lead the nation.