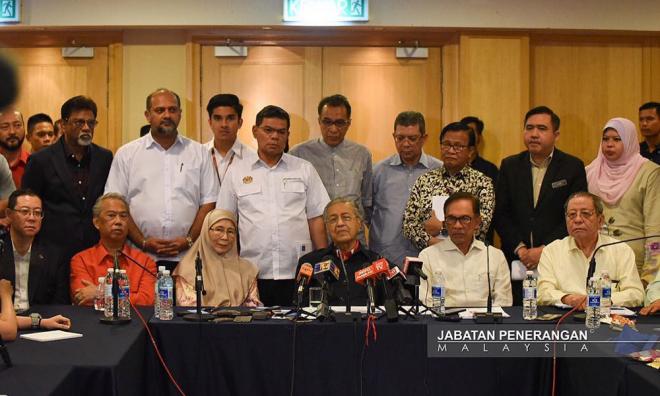 Pakatan Harapan may be pushing for several policies that are seen as progressive but they may not necessarily resonate with voters.

For example, Harapan initially earned international praise for wanting to abolish the death penalty but was later forced to backtrack by promising to only abolish the mandatory death penalty that would give judges discretion to mete out the capital punishment.

Even so, it remains a highly unpopular policy, according to a survey by independent pollster Merdeka Centre.

A total of 69 percent of respondents were against the government's move, even though it was only for the mandatory death penalty, while 21 percent were in support.

The objection cut across, racial, age, income and geographical lines.

The support for the abolition of mandatory death penalty is slightly higher in the Indian community, recording a 40 percent support.

Likewise, the government's plan to lower the voting age to 18 is only supported by 48 percent of respondents while 50 percent were opposed.

The objection is particularly strong in the Malay (56 percent) and non-Muslim bumiputera (55 percent) communities where opposition surpassed support.

The plan to lower the voting age to 18 has more support with the Chinese (56 percent), Indians (60 percent) and Muslim bumiputera (50 percent).

Even the government's move to abolish examination for pupils in Primary One to Three was not popular, with 54 percent against and 40 percent in support.

The support and objection is equally split in the Indian community, at 49 percent respectively.

As for the government's plan to implement a sugar tax, 55 percent of respondents were against while 40 percent were in support.

One policy that has strong support across all races is the proposal to introduce new laws to punish those who insult race and religion.

A total of 85 percent of respondents favoured this compared with 12 percent who were against.