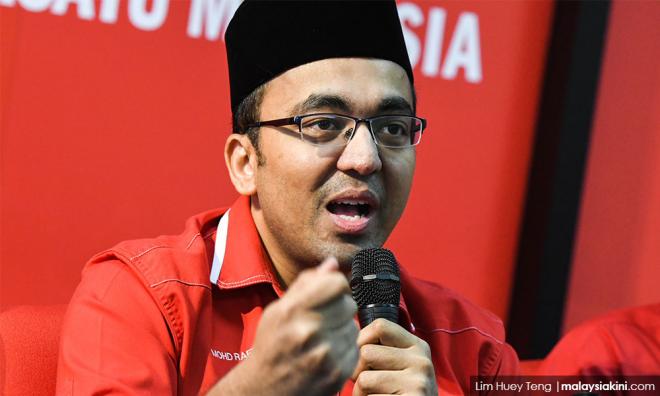 He was responding to a video of Johor crown prince Tunku Ismail Sultan Ibrahim saying that the prime minister should be changed.

As the prince's black sports utility vehicle was driving off, fans along the road chanted "Hidup TMJ" but one shouted "change Mora", in reference to JDT's coach Benjamin Mora.

The vehicle which was ferrying Tunku Ismail then suddenly stopped and the crown prince, who was in the front passenger seat, stuck his head out of the window and said: "Instead of changing Mora, it's better to change the prime minister".

This courted laughter from the fans. Tunku Ismail is the owner of JDT.

In a statement today, Mohd Rafiq said the royalty will be respected if it respects the people's choice.

"Political parties that win the election have the power and right to decide the position of the prime minister.

"Everyone, including the royal institution, needs to respect the people's choice made in the last general election," he said.

He stressed that Malaysia practises constitutional monarchy where the power of the monarch is limited by the federal constitution and that the country was not an absolute monarchy.