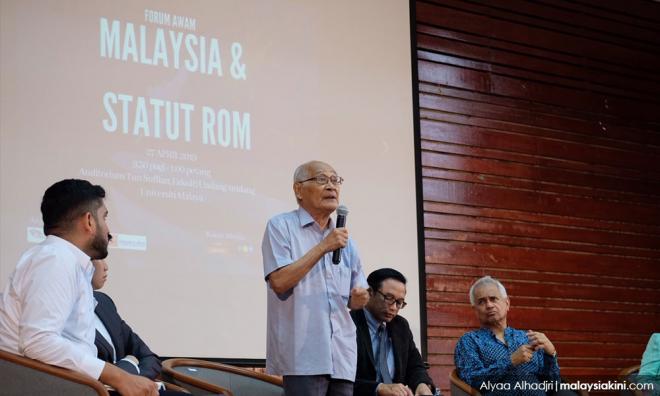 Police have commenced a probe under the Sedition Act on a forum (photo, above) which discussed the Rome Statute organised by student activists last Saturday.

Inspector-General of Police Mohamad Fuzi Harun confirmed the investigation, stating that it was opened following several police reports lodged over the forum.

"The investigation will fall under the Sedition Act," he was quoted as saying by the Malay Mail.

Fuzi said police will summon several individuals linked to the forum, including its organisers, to have their statements recorded.

Critics have taken particular issue with Syed Husin's comments made during the forum, which they claimed were critical of the monarchy.