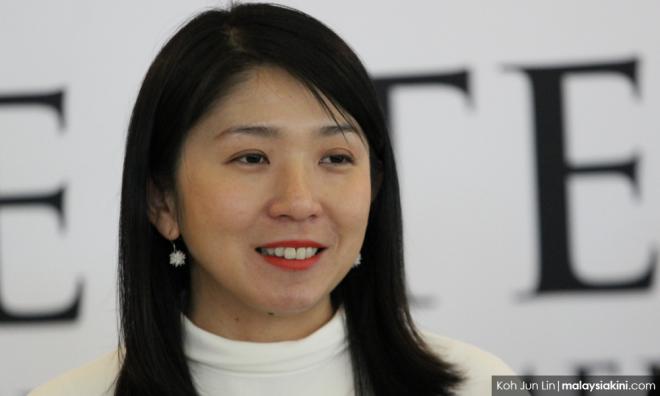 By-election: Nothing much PBS can do for Sandakan, says Bee Yin

SANDAKAN POLLS | There is nothing much the PBS can do for the people of Sandakan because when the party was part of the previous government, it failed to deliver on its promises, Energy, Science, Technology, Climate Change and Environment Minister Yeo Bee Yin said.

Yeo said PBS was now led by the former minister who was in charge of energy, but he failed to execute two critical projects that would have solved power supply woes the constituents had been saddled with for a long time.

“The Pakatan Harapan government was forced to cancel a gas pipeline project that would have boosted power generation to meet needs from the west coast of Sabah to the east coast because only 11 percent of work had been done, but 88 percent of the RM4 billion cost had been spent.

“The government now is also forced to cancel a geothermal project in Tawau because there has been no progress on it since 2016,” she said at a DAP political rally at the Apartmen Indah Jaya housing complex in Sandakan last night.

Yeo, 36, who is also the DAP Member of Parliament for Bakri, stressed that the new Harapan government was not like the old (Barisan Nasional) government, which had a propensity for stealing the people’s money.

On DAP’s candidate for the Sandakan by-election on May 11, Vivian Wong Shir Yee, 30, Yeo said age and gender were not yardsticks to judge the credibility of anyone.

“Vivian Wong has an idealism that can be realised. I am sure she will bring the idealism of the young to Parliament and we must have faith in the young and also women,” she said.

The Harapan coalition is made up of Bersatu, DAP, PKR and Amanah. Umno was the backbone of the BN and PBS was one of its key components.

The by-election is a five-cornered fight which also involves Linda Tsen Thau Lin of PBS and three independent candidates.