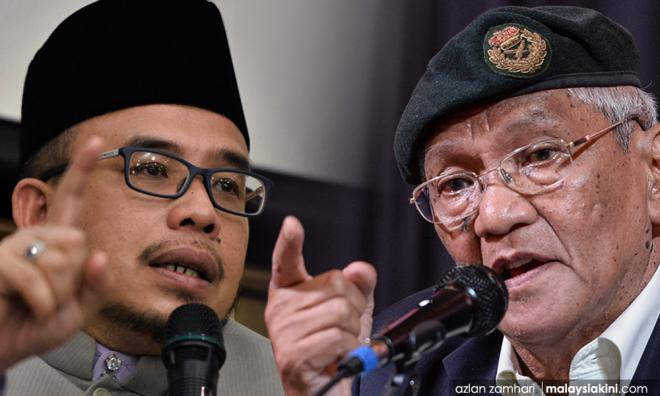 Veterans: Asri lost clout for not speaking up enough on BN-era scandals

An armed forces and police veterans group has hit out at Perlis mufti Mohd Asri Zainal Abidin for claiming that the government has failed to look after Muslim interests.

"Asri lost credibility for not speaking up strongly enough against (former prime minister) Najib Abdul Razak and top officials of the previous administration when mega-scandals had disgraced our nation.

"He has little credibility to now speak on the concerns of the people," he said in a statement.

Asri had on Monday criticised the arrest of independent preacher Muhammad Zamri Vinoth Kalimuthu for allegedly insulting Hinduism in a sermon.

Yesterday, the mufti alleged on his Facebook page that many felt Islam was being threatened under the Pakatan Harapan administration.

This followed Prime Minister Dr Mahathir Mohamad calling Asri "deaf" to what the Harapan government has done for Muslims and Islam since coming to power.

In his statement, Arshad also said that Putrajaya's efforts to bail out Felda and Tabung Haji would benefit Malay-Muslims.

He added that even BN-era "crony projects" were allowed to continue after renegotiations.

"If these actions of the government are not considered kind towards the people, particularly the Muslims, then what are?"

The veteran said that attempts to create unease among Malaysians with lies must be stopped.

"The reality on the ground is that Asri and his cohorts are prejudiced, sow hatred and spin lies to create uneasiness and distrust and should be stopped.

"For the future of our country to be prosperous, peaceful, and to safeguard our future generations, they must start thinking as Malaysians."