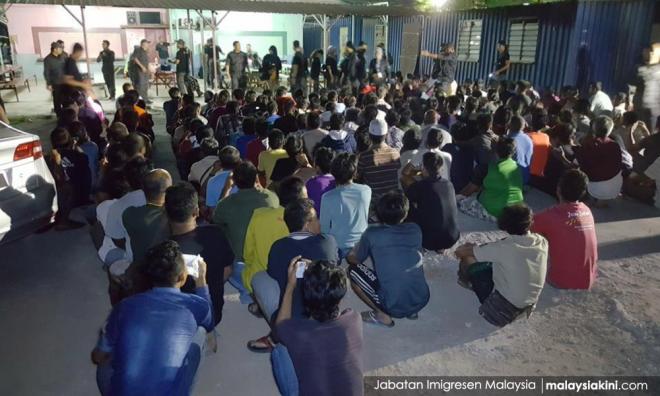 “They were sent home from the Sandakan port to Zamboanga in the Philippines,” she said in a statement.

Sh Sitti Saleha said Sabah NSC would also be sending 158 Indonesians back to their homeland through Tawau port to Nunukan on Thursday (May 2).

The government had also taken proactive measures to detect and capture illegal immigrants by launching various integrated operations managed by the NSC, the Immigration Department, the Royal Malaysia Police, the Eastern Sabah Security Command and the Malaysian Maritime Enforcement Agency, she said.

"Since 1990, the number of those deported including those who left voluntarily was 581,947.

"The number of illegal immigrants who had been sent home last year was 13,479," she said.

The number of deportations managed by the Sabah NSC for this year reached 4,115 as of today, including 90 who were sent by air.

“It is a serious offence under the Immigration Act 1959/1963 (Amendment 2002) against any party found to protect, employ or allow illegal immigrants in their premises,” she added.