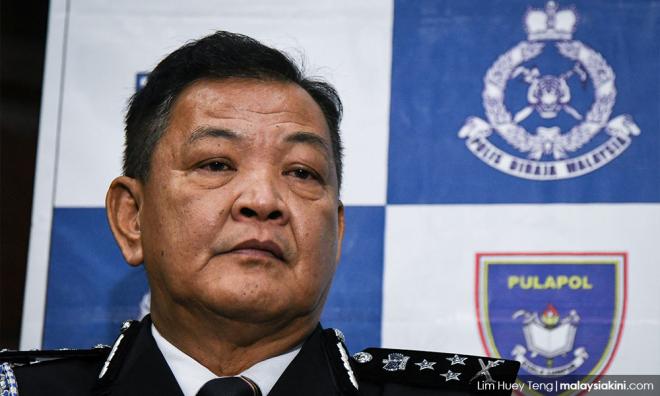 There will be a new man at the helm of the Royal Malaysia Police (PDRM) tomorrow, when the current inspector-general of police (IGP) goes on compulsory retirement.

Mohamad Fuzi Harun, who was appointed as IGP on Sept 4, 2017, is scheduled to retire tomorrow, and there was talk recently about who will be taking over the top post.

According to hierarchy, it is almost certain the post will be filled by the number two man in PDRM now, Abdul Hamid Bador (photo, above), the acting deputy inspector-general of police, who has been acting in the post since March 15, after the Deputy IGP Noor Rashid Ibrahim went on compulsory retirement on the same date.

According to Bukit Aman sources, the handing over ceremony for the top police post will be held tomorrow at the Kuala Lumpur Police Training Centre (Pulapol), while a farewell ceremony will be held for Fuzi in the evening.

Read more: The cop in the centre of a storm

If everything goes according to plan, the focus will be on the individual who will fill the number two post, which will become vacant if Abdul Hamid moves up as IGP.

Among the names mentioned as the deputy inspector-general of police was Acryl Sani Abdullah Sani.

If Abdul Hamid is appointed as the IGP, it will fill the tradition of top leadership in PDRM, which saw several number one police officers coming from the Special Branch.

With the exception of the first IGP, Claude Fenner, second IGP Mohamed Salleh Ismael, seventh IGP Mohd Bakri Omar and the ninth IGP Ismail Omar, who were not from the Special Branch leadership.

Fuzi, who is the 11th IGP, is also from the Special Branch.