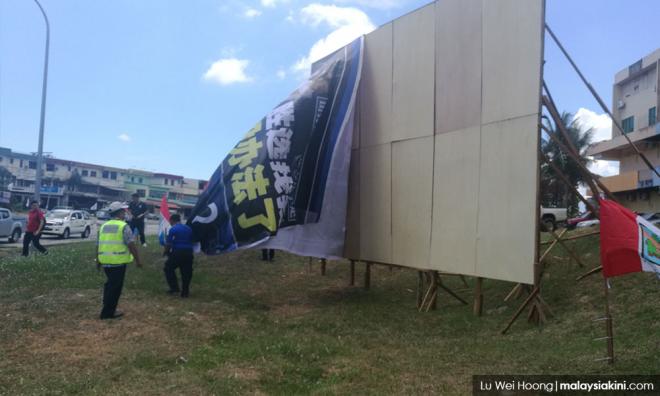 An EC enforcement team arrived at Batu 3, Jalan Utara, where the billboard was erected and initially tried to remove the wooden base of the structure.

Now is the time to show I can be like my father, says Vivian Wong
1 May 2019
Ongkili accuses Harapan of doing 'literally nothing' for Sabah's energy needs
1 May 2019
Sandakan polls campaign: Police get 3 reports, open 2 probes
1 May 2019
Indie candidate: I'll give my life fighting for the people's rights
1 May 2019