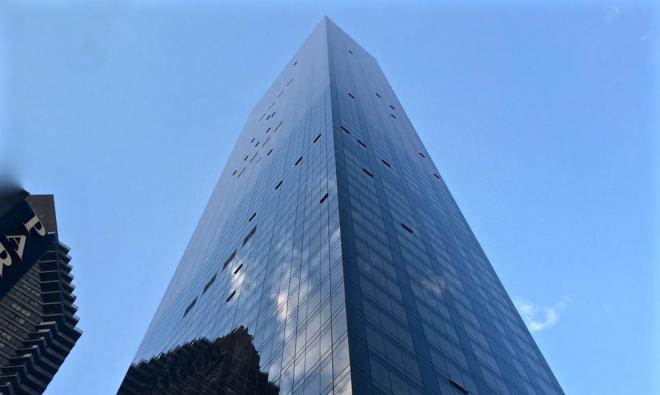 The US State Department allowed at least seven foreign governments, including Malaysia, to rent luxury condominiums in New York’s Trump World Tower in 2017 without approval from Congress, according to documents and people familiar with the leases, a potential violation of the US Constitution’s emoluments clause.

The 90-storey Manhattan building, part of the real estate empire of Donald Trump, had housed diplomats and foreign officials before the property developer became president. But now that he is in the White House, such transactions must pass muster with federal lawmakers, some legal experts say. The emoluments clause bans US officials from accepting gifts or payments from foreign governments without congressional consent.

The rental transactions, dating from the early months of Trump’s presidency and first revealed by Reuters, could add to mounting scrutiny of his business dealings with foreign governments, which are now the subject of multiple lawsuits.

Congressional staffers confirmed to Reuters that the Trump World Tower lease requests were never submitted to Congress. Elijah Cummings, chairperson of the House Oversight and Reform Committee, said his committee has been “stonewalled” in its efforts to obtain detailed information about foreign government payments to Trump’s businesses.

“This new information raises serious questions about the president and his businesses’ potential receipt of payments from foreign governments,” Cummings said in a statement to Reuters. “The American public deserves full transparency.”

The 1982 Foreign Missions Act requires foreign governments to get State Department clearance for any purchase, lease, sale, or other use of a property in the United States. Through the Freedom of Information Act, Reuters obtained diplomatic notes sent to the agency under this requirement from early 2015 until late 2017.

The records show that in the eight months following Trump’s Jan 20, 2017 inauguration, foreign governments sent 13 notes to the State Department seeking permission to rent or renew leases in Trump World Tower. That is more solicitations from foreign governments for new or renewed leases in that building than in the previous two years combined.

The governments of Iraq, Kuwait, Malaysia, Saudi Arabia, Slovakia, Thailand and the European Union got the green light to rent a combined eight units in Trump World Tower and followed through with leases, according to other documents viewed by Reuters and people familiar with the leases.

Five of those governments - Kuwait, Malaysia, Saudi Arabia, Thailand and the European Union - had also sought to rent units there in 2015 and 2016, State Department records showed.

Reuters could not confirm whether the State Department signed off on two other lease requests from Algeria and South Korea and three additional requests from Kuwait.

“Letting this go without Congress knowing about it condones the creation of a second, opaque track of foreign policy,” said Harold Hongju Koh, a professor at Yale Law School and former legal adviser at the State Department. “What it might lead to is a group of countries enriching the people in power on the mistaken belief that it’s going to improve their access.”

The 18-year-old luxury skyscraper is located next to the United Nations headquarters near the East River, and is not to be confused with Trump Tower, the Fifth Avenue landmark where Trump maintains a residence. Trump World Tower is controlled by a limited partnership owned by Trump and managed by the Trump Corporation, a Trump-owned company that draws its income from fees paid by unit owners, according to the building’s financial records.

When privately-owned units are leased, their owners typically use the rental income to cover those common charges, according to unit owners and real estate experts interviewed by Reuters. The State Department records did not make clear who owned the units in question.

The revenue Trump draws from foreign government business at his properties, such as the recently opened Trump International Hotel in Washington, DC, has sparked lawsuits by US lawmakers and the attorneys-general of Maryland and the District of Columbia, alleging this income violates the emoluments clause.

Trump’s attorneys have argued in court that the Constitution only requires him to seek congressional approval for foreign emoluments offered in connection with his role as president. Trump has retained ownership of his global business interests while president, but handed off day-to-day control to his oldest sons and a longtime company executive.

On Tuesday, a US federal judge denied Trump’s motion to dismiss one of the emoluments lawsuits against him, saying Trump’s narrow definition of emoluments was “unpersuasive and inconsistent”. Courts may ultimately decide whether some of Trump’s business dealings violate the Constitution.

Issuing such judgments is not the job of the State Department office in charge of reviewing foreign government property requests, according to Patrick Kennedy, who from 2007 to 2017 was the top State Department official in charge of the internal administration of the agency. He said that office’s mandate is to screen for national security and diplomatic concerns, not for potential emolument violations.

If the State Department began obstructing requests from foreign governments to lease units in Trump-affiliated properties, he said, it could prompt them to retaliate against US diplomats seeking housing in their territories.

“The State Department’s interest in saying ‘no’ is probably zero if there’s no security threat and we have good reciprocal relations with the countries,” Kennedy told Reuters.

According to the State Department records obtained by Reuters, which covered the period from January 2015 through September 2017, Trump World Tower was the only Trump-affiliated building in the United States where foreign governments sought to lease or buy units.

In 2017, the median monthly asking rent for units in Trump World Tower was US$8,500, according to real estate website StreetEasy. That was more than 2.5 times the median in the surrounding neighbourhood, known as Turtle Bay.

Some of the foreign governments, including Saudi Arabia, had previously purchased property in the building, where the average unit currently sells for nearly US$7 million, according to StreetEasy.

Mohammad Alkadi, a spokesman for the Saudi Mission to the United Nations, said Trump World Tower’s prime location near UN headquarters was the kingdom’s motivation to lease there.

“The governments pay for these units in the building not to get favours from Trump or anything, but just because it’s very convenient and comfortable for us,” Alkadi said. He said he moved into his own unit in Trump World Tower at the end of 2017.

The Trump administration has closely aligned itself with Saudi Arabia on a host of issues, despite a CIA assessment that the country’s crown prince ordered the killing of Washington Post columnist Jamal Khashoggi, and US congressional opposition to American involvement in the Saudi-led war in Yemen, which has driven millions of Yemenis to the brink of starvation.

Slovakia, another Trump World Tower renter, said in a statement that its lease was “fully in line with US legislation and our internal guidelines”. Slovakia’s prime minister is scheduled to meet with Trump at the White House on May 3 to discuss security cooperation and other issues.

The Malaysian mission to the United Nations said it was not currently renting a unit in Trump World Tower when reached by phone in April. It declined to comment on the unit it rented in 2017. That lease was confirmed to Reuters by a person familiar with the transaction.

All the other governments that sought to rent units after Trump’s inauguration declined to comment or did not respond to requests for comment.

In 2017, the president earned more than US$15 million in management and related fees through the properties managed by the Trump Corporation, according to the president’s financial disclosure. The document did not reveal how much of that sum came from Trump World Tower.