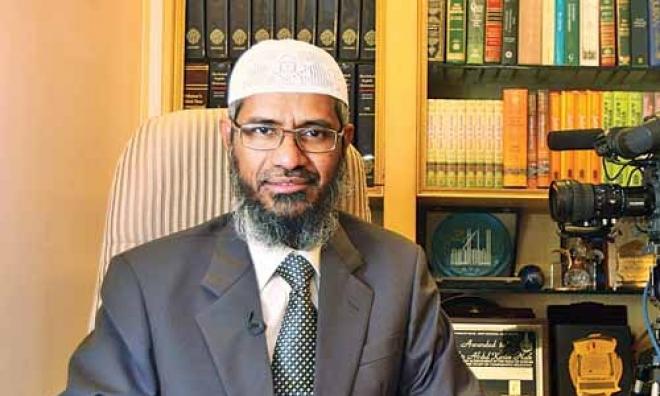 The controversial preacher was alleged to have acquired US$28 million (RM116 million) worth of criminal assets, prosecutors alleged.

Indian authorities have also accused him of spreading hate speech and inciting terrorism.

According to the BBC report, India's Enforcement Directorate (ED), in filing the charges against Zakir in a Mumbai court on Thursday, said that it has identified assets worth millions of dollars as proceeds of crime.

His "inflammatory speeches and lectures have inspired and incited a number of Muslim youths in India to commit unlawful activities and terrorist acts", the directorate told the court, adding that Zakir had also allegedly bought property in India and ran events using funds from "dubious or suspicious sources".

Zakir had denied such allegations and insisted that the funds were lawfully obtained.

The 53-year-old preacher, who currently lives in Malaysia, is alleged to have spread radical Islamic teachings via his TV channel 'Peace TV', which is banned in India, but has an estimated 200 million viewers worldwide.

Bangladesh did the same in 2016, after a gunman behind a cafe attack which killed 22 people, was said to have been inspired by Zakir's ideologies.

Zakir was granted a permanent residence by the BN government in 2012.

Despite an official request from New Delhi and the extradition treaty between both countries, the Pakatan Harapan government has insisted that the preacher will not be sent back unless he breaks any local laws.

Recently, it was reported that one of his disciples, 35-year-old Muhammad Zamri Vinoth Kalimuthu, was arrested in Perlis for allegedly insulting Hinduism.

Several police reports were lodged against Zamri over a sermon uploaded online that was deemed "blasphemous".