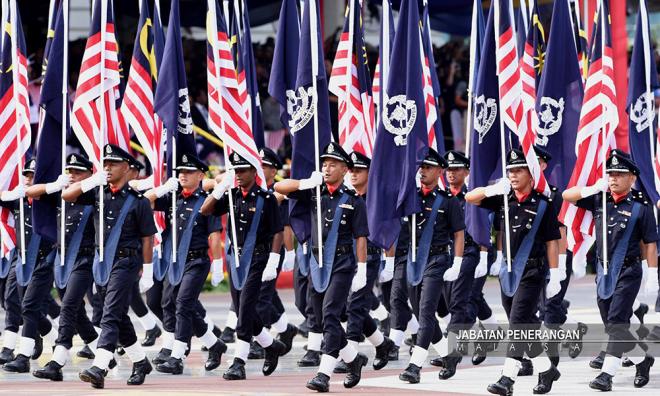 IPCMC – Police are not above the law

COMMENT | Inspector-General of Police (IGP) Mohamad Fuzi Harun has been quoted as saying that the police force does not want to hand over the power to take disciplinary action against its personnel to the proposed Independent Police Complaints and Misconduct Commission (IPCMC).

“The IPCMC wants to take over the powers of the Police Commission (SPP) under Article140 of the Federal Constitution on issues regarding disciplinary action and investigations," he said.

The out-going IGP has omitted an important corollary to the said article in the constitution. Contrary to his assertion, Article 140 (1) does indeed spell out the function of the Police Force Commission “which shall be responsible for the appointment, confirmation… promotion, transfer and exercise of disciplinary control over members of the police force…”

He conveniently fails to cite the second paragraph of this clause: “…Provided that Parliament may by law provide for the exercise of such disciplinary control over all or any of the members of the police force in such manner and by such authority as may be provided in that law, and in that event, if the authority is other than the Commission, the disciplinary control exercisable by such authority shall not be exercised by the Commission; and no provision of such law shall be invalid on the ground of inconsistency with any provision of this Part.”

The IPCMC was the recommendation of the Royal Commission to Enhance the Operation and Management of the Royal Malaysian Police in 2005 and it was supposed to have been set up in 2006. I might add that the Royal Commission included the participation of the former IGP, Haniff Omar. This proposed commission is not peculiar to Malaysia and there is no justification for the Malaysian police to feel that they are special and above the law. Britain has such a Police Complaints Commission which replaced the Police Complaints Authority (PCA) in 2003.

What is significant about having an IPCMC is that, first of all, it is independent. It is independent of the police or enforcement agencies and also independent of the government. The commissioners are people who have credibility and who are seen to be independent. Secondly, this IPCMC has a Standard Operating Procedure. The moment they know of a death at the hands of the police or enforcement agency, they swing into action immediately to investigate and collect evidence. They do not wait around for a bunch of NGOs to shame them into action, or exhume the victim after months of inactivity as in the Teoh Beng Hock case.

Through the years of documentation and monitoring by Suaram, the number of deaths in police custody, police shootings and deaths in detention camps has reached intolerable levels and this record can be found in our annual Human Rights reports, as follows:

Police personnel who torture detainees under the ISA are not accountable to anyone. There have been allegations of torture by political detainees at the hands of the Malaysian police since Independence, but there have been few cases of these torturers being brought to account.

The two-month sentence served on the former inspector-general of police for nearly killing the former deputy prime minister during the latter’s incarceration hardly served as a deterrent to these torturers in the Malaysian police force.

It is a basic democratic principle that individuals who are elected or appointed to exercise power over others should be accountable for their actions. As such, we should enable democratically elected representatives to determine police policies, priorities and policing methods within the law. There should thus be national guidelines and standards on policing methods and equipment agreed by nationally elected representatives.

In cases of complaints against the police, it is unacceptable for the police force itself to investigate its own personnel. This was the case, for example, when a “high powered team of police officers” was found to investigate the former deputy prime minister’s allegations that he was physically abused while in police custody. Their findings were then submitted to the then home minister, who happened to be the prime minister himself!

There must be truly independent machinery for the investigation of such complaints and all investigations should take place in the presence of legal counsel.

This shocking record is testimony to the fact that years of internal measures to “police” the police force have thus far failed miserably. A committed professional police force and enforcement agencies would surely welcome an Independent Police Complaints Commission so that any abuse of power by the “bad apples” can be nipped in the bud.