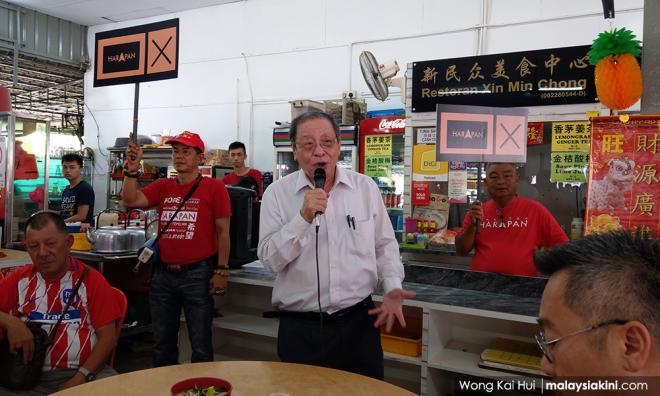 Building a New Malaysia is not an endeavour to be completed within 100 days or months, said DAP veteran Lim Kit Siang.

According to him, the task, which he described as sacred, could take years and even decades.

“An important start in this process has been made in the past year, although some mistakes had been made. Clearly, there is room for improvement in many areas.

“What is important and fundamental is that Pakatan Harapan must remain true and committed to its principal objectives to reduce the costs of living, achieve institutional reforms, engineer economic growth, restore power to Sabah and Sarawak and to build an inclusive and moderate Malaysia.

“New Malaysia can only succeed if all Malaysians, regardless of race, religion, region or socio-economic background, are able to develop their potential capabilities to the fullest – paving the way for Malaysia to compete with the rest of the world instead of competing with each other,” he added in a statement this evening.

Therefore, Lim urged the voters of Sandakan to give positive marks for the Harapan government's first-year report card in the upcoming by-election and encourage the coalition to stay true and focused.

The by-election for the parliament seat falls on May 11, two days after the Harapan government celebrates its first anniversary in power.

Lim also touched on the Bill to amend the Federal Constitution in the last meeting of Parliament to restore to Sabah and Sarawak the rights and powers in accordance with the Malaysia Agreement 1963.

“Unfortunately, the amendment, which will represent the first step to restore to Sabah and Sarawak the rights and powers in accordance with Malaysia Agreement 1963, was denied and defeated for the lack of two-third parliamentary support of members of Parliament,” he said.

In view of this, Lim said if voters cast their support for DAP's candidate Vivian Wong in the Sandakan polls, this would increase the number of MPs who supported the amendment to 139.

“[...] We have to find nine more MPs to support the Bill for the requisite two-thirds parliamentary majority for such a constitutional amendment to become law,” he added.

The 30-year-old DAP candidate is the daughter of the late Sandakan incumbent Stephen Wong, whose death paved the way for the by-election.

DAP is expected to retain the seat, which is considered a party stronghold. Harapan was defeated in the three previous by-elections in Cameron Highlands, Semenyih and Rantau.