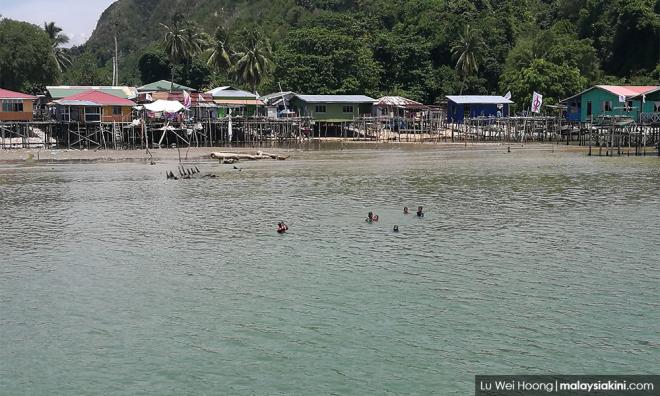 The invisible people of Pulau Berhala

SANDAKAN POLLS | The term “Land below the wind” was popularised by the autobiographical accounts of American writer Agnes Newton Keith in a book of the same name.

Her later works would chronicle life under Japanese rule where she and her family were held in an internment camp in Pulau Berhala off the western coast of Sandakan.

In the 1970s, the camp’s facilities were used as an immigration detention camp to house refugees - mostly Bajau people - fleeing the armed conflict between the Filipino military and the Moro National Liberation Front.

Now that the camp is no longer there, the Bajau people remain on the island but most of them are stateless and their movements restricted to Pulau Berhala.

During a recent visit to Kampung Pulau Berhala, campaigning activities by DAP were in full swing, despite the small number of voters located here. But for most settlers on Pulau Berhala, being stateless means they are disconnected politically from greater Sabah and the rest of Malaysia...

Sabah cabinet to meet in Sandakan instead of KK
3 May 2019
Guan Eng on the attack after Najib fired blanks in Sandakan
3 May 2019
Now is the time to show I can be like my father, says Vivian Wong
1 May 2019
Indie candidate: I'll give my life fighting for the people's rights
1 May 2019