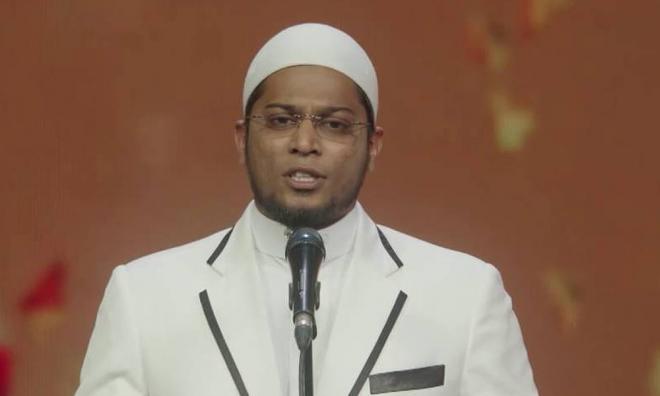 Preacher Muhammad Zamri Vinoth Kalimuthu, who was arrested last Sunday for allegedly insulting Hinduism, had denied committing such an offence.

"Many have accused me of insulting but many do not realise that those accusing me are the ones who are insulting.

"I was the real victim in the issue that was played up by irresponsible groups who are anti-Islam and anti-Malays," he said in a statement.

Muhammad Zamri thanked the police for being professional, noting that some of them were also Hindus but acted in accordance with the law.

However, he said he was disappointed that he was remanded for four days despite not having any intention to insult Hinduism.

"There was not a single arrest despite the thousands of police reports," he said.

Muhammad Zamri was arrested after several police reports were lodged against him over a sermon he gave in Kelantan that was subsequently uploaded on the internet.

In the sermon, he said he left Hinduism due to its polytheism and practice of idol worshipping.

The remark was made in passing as he criticised some Muslims, stating that some of his Hindu family members had better morals.

Among others, he cited the example of Muslims chasing non-Muslims from mosques.