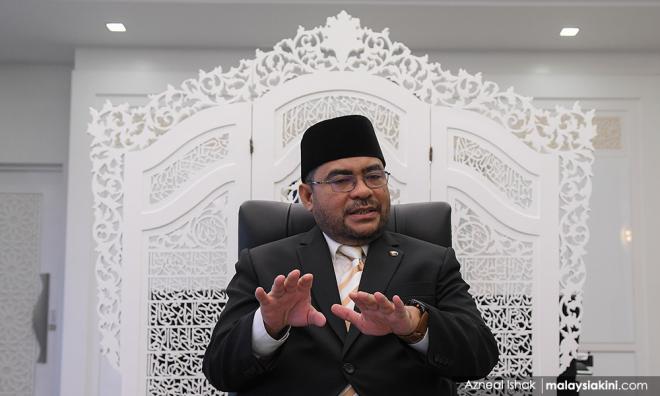 Firm action will be taken against any individual who sow the politics of hatred in mosques during Ramadan that will be celebrated soon.

Minister in the Prime Minister’s Department Mujahid Yusof (above) said this was necessary to ensure mosques are free of political influences, and parties that could disunite Muslims and tarnish the government.

“We will act firmly against labelling of a person as deviant and calling others infidels because mosques must be free from political party ideologies.

“We must guard our mouths from uttering slander during Ramadan because it can create numerous problems that can break up families,” he told a media conference after launching a “Let’s Celebrate Ramadan” programme in the compound of the Kerian district mosque in Parit Buntar today.

He said the Perak Islamic Religious Department had issued circulars so that mosques and surau would not hold religious lectures during Ramadan.

Mujahid, who is also the Parit Buntar MP, said the slander that the government of today did not defend Islam was an action that could affect the government’s good work in uplifting Islam in the country.

“The government had also taken action in accordance with the law against those who insulted the sovereignty of Islam as enshrined in the Federal Constitution.

“We have taken action in the posting case that insulted the king and the case of the mufti who was threatened. We have detained (suspects). Who said we don’t take action, the question of being late or otherwise depends on the legal action,” he said.

In the meantime, Mujahid said the government had increased the allocation to the Malaysian Islamic Development Department to RM1.2 billion from RM1.1 billion.

“Is what I am doing at odds (with Islam)? […] I also open the avenue for the public to criticise me. But they must also give space to me to respond to their criticisms based on facts and not emotions,” he said.

Meanwhile, he said his ministry had contributed RM30,000 to 30 mosques in the Krian district with each mosque getting RM1,000 for breaking-the-fast during Ramadan.

religion
mujahid yusof rawa
Related Reports
Ummah rally ends as heavy downpour ensues
a year ago
DAP wants to engage Asri after criticism of failing to safeguard Islam
a year ago
The rise of ethno-populism dangerous for country: Jomo
a year ago
'I held to my principles' - Mujahid denies U-turn claims
a year ago