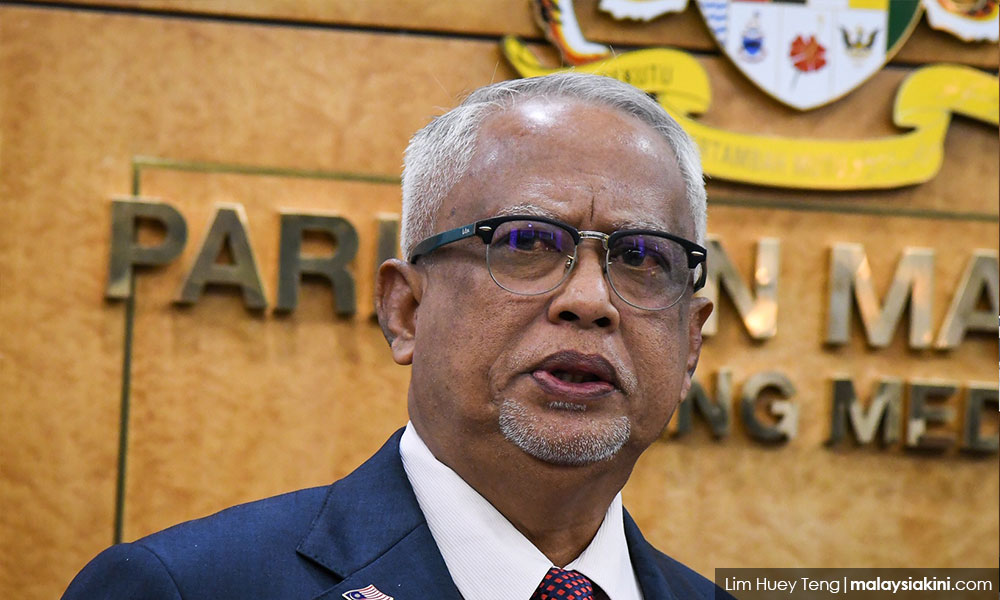 PAS, Umno at sovereignty rally an act of hypocrisy - Mahfuz

The participation of Umno and PAS leaders at the rally to defend the sovereignty of Islam and the constitution in Kuala Lumpur yesterday was an act of hypocrisy that misused Islam to only serve their political interests.

“The rally yesterday involved Umno leaders who had already ruined various (government-linked) agencies and in came PAS to say it wants to also defend Islam's sovereignty.

“This is a joke as how is it that PAS can be in cohorts with UMNO.

“In the past, PAS was hell-bent on toppling Umno but now the party can even bring (ex-premier) Najib Abdul Razak over to the PAS Complex in Kota Sarang Semut recently,” he told reporters after officiating the opening of the Bazar Peduli Rakyat at the Kedah Regional Development Authority Square (KEDA) in Alor Setar today.

Mahfuz, who is also deputy human resource minister, was giving his views on the rally, held opposite the Sogo shopping centre in Kuala Lumpur and organised to protest purported incidences of insulting Islam, Malays, the Royal Institution and the sovereignty of the Federal Constitution.

In another development, Mahfuz said Amanah was still waiting for a report from its party counterparts in Sabah on reports that a group of men, clad in attire with the party logo on it, were seen distributing pamphlets for Sandakan by-election Independent candidate, Hamzah Abdullah.

"For now, I have yet to receive anything on the matter, but we have checked to find out if the men were indeed Amanah members or non-members who just happened to be using shirts that had the party logo.

“If the former is true, then we will leave to the disciplinary committee to decide the next course of action,” he said.

“By right a candidate should be using their own party's identity and not those of others. If they still want to use other party logos, then they should not be surprised if the voters vote for that party instead,” Mahfuz added.

On April 30, Sabah Amanah youth chief Khairuddin Daud lodged a police report after claiming that a small group of unidentified men clad in attire with the Amanah logo on them were seen campaigning for Hamzah, who happened to be the former founder of Sabah Amanah.

pas
umno
mahfuz omar
rally
Related Reports
Lokman plans mega rally against Rome Statute, targets one million
a year ago
PAS happy with turnout for Ummah rally
a year ago
What Muslims need to do to protect Islam
a year ago
Police to probe Ummah rally over 'incomplete documents'
a year ago