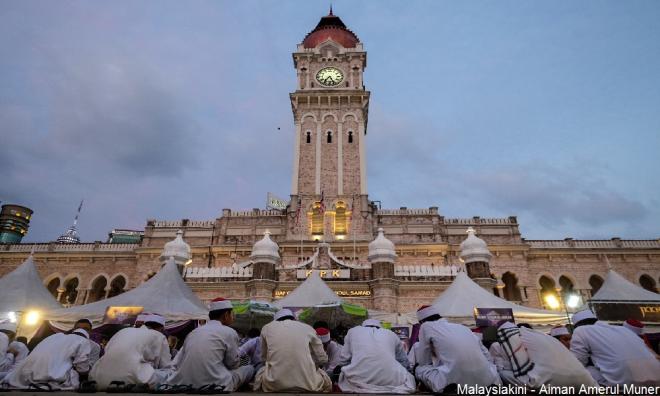 Muslims in Malaysia will begin fasting tomorrow May 6, 2019, as announced by the Keeper of the Rulers’ Seal Syed Danial Syed Ahmad.

Syed Danial, when making the announcement, said the date for starting the fast for states nationwide had been fixed on that date at the decree of the Yang di-Pertuan Agong after the consent of the rulers.

Prior to this, the Office of the Keeper of the Rulers’ Seal, via a statement, fixed the date for the moon-sighting to decide on the start of fasting for Muslims in Malaysia would be today, May 5, or, 29 Syaaban 1440 Hijrah.

The committee concerned would perform the moon-sighting at 29 locations nationwide.

The Conference of Rulers had agreed that the date of the start of fasting would be based on rukyah (sighting) and hisab (calculation).

Meanwhile, Prime Minister Dr Mahathir Mohamad has urged Muslims to make Ramadan as a time to curb desires and not merely as a month for worship.

"We consider fasting as an important form of worship to shape our personality. Because during the fasting month, we have to control ourselves from committing anything prohibited by Islam; besides resisting food, we have to also restrain ourselves in many other aspects.

“This is the goodness of fasting during Ramadan. Insyaallah we will fast in a conducive environment and I hope all of us will become better humans for the self-control we have practised,” he said in his Ramadan message aired over TV1 tonight.

In this regard, Mahathir also reminded Muslims not to be wasteful by buying excessive amounts of food at Ramadan bazaars.