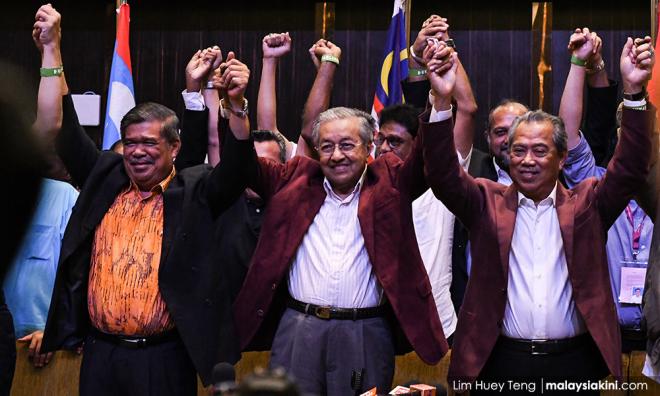 The Malaysia of our dreams

COMMENT | I count myself among the millions of Malaysians who fought hard and passionately for Malaysia Baru – the pathway to meaningful democracy. It took three general elections, from 2008 to 2018. Yes, 10 long years to realise a dream that we dared to dream. Yes, we are true believers. Stand firm. Stand strong in facing the eye of an impending storm.

Lest we forget, May 9, 2018, was the tipping point that saved us from continuing the slide into another banana republic bankrupted by corrupt so-called leaders at its highest levels.

This was nothing short of divine intervention. In the words of Rafidah Aziz, former minister and Umno leader, “God heard our collective prayer.” For God’s sake, give thanks with a grateful heart. The weak among us better stop grumbling. See the big picture.

It was as if God moved into our neighbourhood. But the devil himself also followed quickly, reincarnated with the tag line MaluApa BossKu – paraphrased as, “after stealing billions, what is there to be ashamed of, my Boss?”

The disgraced and ousted leader is hounded by 10 countries from Singapore to Switzerland, led by the FBI and Department of Justice of the United States. Yet shamelessly, he parades himself daily, poking insults at our sensibilities: “Who me? What is there to be ashamed of? MaluApa BossKu." The man truly does not know how to be ashamed...

BossKu
Mahathir Mohamad
Harapan
Najib Razak
Related Reports
An open letter to Harapan government on its first anniversary
8 May 2019
The 'warganegara' are not blind
7 May 2019
Kit Siang refuses to let 'crown of thorns' pierce New M'sia promise
7 May 2019
New Malaysia: One year on
7 May 2019