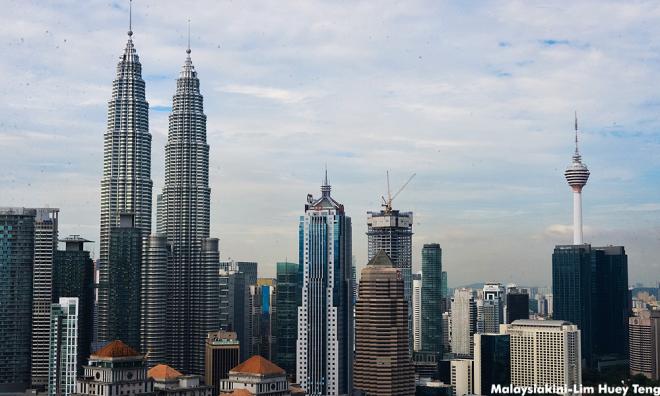 It's time to be cautiously optimistic about the economy

MP SPEAKS | When the Quarterly Confidence Indicator for Q1 of 2019 was published by the Department of Statistics, Malaysia (DOSM), in the Business Tendency Survey report, this figure dropped to -2.2 percent from 7.1 percent in Q4 2018.

The Nikkei Purchasing Manager’s Index (PMI) for March 2019, published by IHS-Markit, a market research firm, showed a figure of 47.2, the sixth straight month for which this index was under the 50 mark (more on the significance of this later).

Amidst all this negative news, as Pakatan Harapan (PH) approaches our first year in government post-GE14, there are some positive signs that the economy is turning a corner and cautious optimism that the second half of 2019 will yield better results.

Even though this figure is less than 50, in the context of Malaysia, IHS-MARKIT has clarified that the 49.4 figure is consistent with an economic growth projection of 5.2 percent (as compared to developed countries where a figure below 50 indicates that the economy is contracting).

There are signs that the lacklustre property market may have bottomed out in 2018 with transaction volume and value increasing by 0.6 percent and 0.3 percent after 3 consecutive years of decline.

With the launch of the Home Ownership Campaign (HOC) 2019 and various discounts and tax incentives being offered to property buyers, there is cautious optimism of a more vibrant property market in 2019.

Corporate earnings are also expected to improve in 2019 compared to 2018, albeit slightly.

There are a few reasons to expect the domestic economy to improve in the second half of this year.

Firstly, the Ministry of Finance has approved 121 existing infrastructure projects valued at RM13.93 billion (with a cost savings of RM805.99 million) and this will have a trickle-down effect on construction and consumption activities.

Secondly, as more of the GST and Income tax refunds are repaid to corporates and individuals (RM7.9b has been repaid as of Feb 2019), this will also result in more domestic consumption and investment.

Thirdly, with the resumption of certain big-ticket public infrastructure and construction projects, notably the East Coast Rail Link (ECRL) and the Bandar Malaysia development, corporate activity will increase as will investment interest especially from companies from China.

These are business confidence boosting announcements that hopefully, will be reflected in the indicators for the 2nd half of 2019.

On the regional front, some of the leading economic indicators also look encouraging. The Manufacturing PMI for ASEAN countries increased to a five month high of 50.4 in April 2019.

Five out of the seven Asean countries experienced an increase in their respective PMI levels (at more than 50). Even though Singapore’s manufacturing PMI was less than 50, it’s overall PMI increased from 51.8 in March 2019 to 53.3 in April 2019.

In China, the Chinese Services Business Activity Index increased slightly from 54.4 in March 2019 to 54.5 in April and the Caixin China Composite PMI (which measures the manufacturing and services sector) remain at above 50, coming in at 52.7 in April 2019.

While concerns surrounding the US-China trade tensions continue to reverberate, fears of a significant and sudden economic slowdown in China seem to have been somewhat overblown.

In a historic transition which Malaysia went through in May 2018, amidst the many financial scandals which have to be cleaned up (1MDB, FELDA and Tabung Haji, just to name 3) and the inevitable learning period which the new government has to go through, it is not surprising that there were some growing pains in terms of economic adjustments.

But with greater policy certainty and better domestic and regional economic conditions, I am cautiously optimistic that we are steering the ship towards the right economic direction. After the mixed results of our first year in government, things should start looking and feeling better, and very soon too!