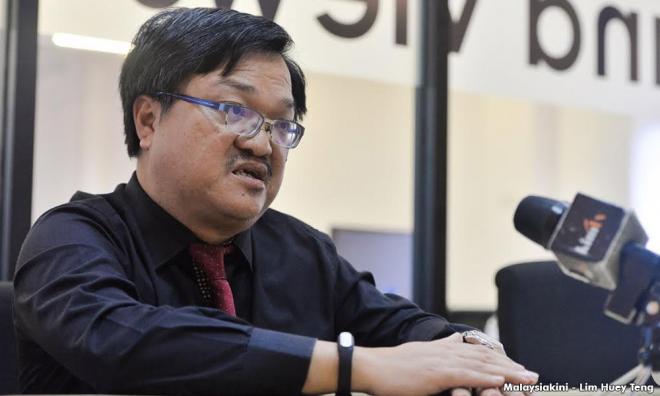 Dubbed as the “Black 905” campaign, Lokman cited six reasons for the protest, ranging from unfulfilled promises to the alleged “destruction” of the special position of Islam, bumiputera rights, Bahasa Malaysia and the rulers.

Responding to this, political scientist Wong Chin Huat recalled how he was arrested for making a similar call 10 years ago, following BN's coup against the then Pakatan Rakyat state government in Perak.

“I am glad Umno politicians are following in my footsteps to protest against Harapan. I am certain he (Lokman) would not be arrested for asking the people to wear black.

“If anything, this is an improvement under Harapan. Syabas (well done) Harapan,” Wong added in a Facebook posting.

He is also hoping that Lokman's campaign would gain significant traction.

“Because every citizen who wears black with the motivation to protest and is not arrested by the police is a testimony to civil and political freedoms following the last general election,” Wong added.

Lokman's other reasons for the "Black 905" campaign are the removal of subsidies and the alleged destruction of the economy, racial ties, as well as culture and values.

“There is no need for a gathering, no need to shout.

He said he would be at the Mid Valley (shopping mall) tomorrow evening and those who wished to join him in his walkabout were free to do so.

“Only the first 50 participants (who join him) will get a free black T-shirt. The rest will have to buy them or wear whatever black clothing,” Lokman added.

wong chin huat
lokman adam
pakatan harapan
bn
ge14
black 905
Related Reports
Slide in Harapan’s commitment to fundamental freedoms - Report
a year ago
Lokman plans mega rally against Rome Statute, targets one million
a year ago
PAS happy with turnout for Ummah rally
a year ago
What Muslims need to do to protect Islam
a year ago